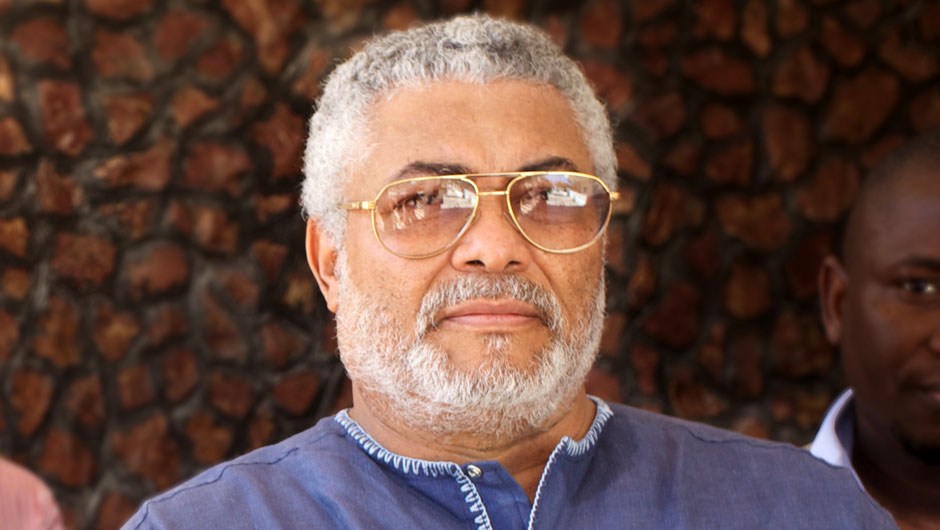 Former President Jerry John Rawlings is advocating for the use of external examiners [markers] in institutions of higher learning in Ghana as part of efforts to help address the sex-for-grade menace between some lecturers and their students.

According to him, many brilliant students, particularly girls who refuse succumb to their lecturers’ sexual demands end up “getting unfair deals” in their results.

To Mr Rawlings, it was sad that students who are not academically good but give in to such lecturers oftentimes get good grades.

“Apparently sometimes, the dumb ones, get upgraded; either first-class or second-class honours or whatever it is when everybody knows that they are not worth it,” he said.

Mr Rawlings made the remarks when the leadership of the Ghana Journalists Association (GJA) paid a courtesy call on him at his office in Accra on Thursday, October 31, 2019.

The GJA leadership was in the former President’s office to invite him to the association’s awards and 70th-anniversary celebrations and to solicit his support for the safety of journalists in Ghana and to tap into his fountain of experience as to how to have a thriving journalism industry in the country.

Mr Rawlings noted that the practice of sex-for-grade was not only s shortcut to destroying people’s lives, but it was an inhumane practice that could destroy the moral fabric of the country.

“Why should we be taking human beings through such humiliations (sex for grade)?” saying there is “Nothing is as bad and corruptible as breaking the moral fabric of society.

According to him, the sex-for-grade menace was not only limited to academic institutions and that the practice was equally thriving at many workplaces.

Mr Rawlings shared an experience of a lady who approached him whilst in office in Nigeria to help her get job and explained that the said lady’s qualification and natural beauty should naturally land her a job but the lady told him that she was jobless because she had refused to give in to men who demanded sex to give her a job.

He said there was the need to make the marking of students’ scripts transparent so that students who fought for their integrity by not trading sex for grade were not cheated in their examination results.

“I would like to see just as I would advocate for, markers; external markers looking into remarking, examining those papers by some of those girls. I would wish they would examine some of those first-class ones too to see if their performance corresponds to the marks they have been given,” he explained.

Mr Rawlings said if the Ghana Institute of Management and Public Administration (GIMPA) has been able to institute measures to ensure that students got what they merited in their examination and not by any other means, other institutions could replicate such systems.He was of the view that the recent sex for grade expose by the BBC was “probably going to make some of them [lecturers] who do these things even more vengeful,” hence the need for the tertiary institutions to check the practice.
https://www.ghanaweb.com/GhanaHomePage/NewsArchive/Sex-for-grades-Employ-external-examiners-in-tertiary-institutions-Rawlings-795183?jwsource=cl
He also encouraged individuals who feel cheated in their results to seek for remarking to ensure that they receive what they deserve.