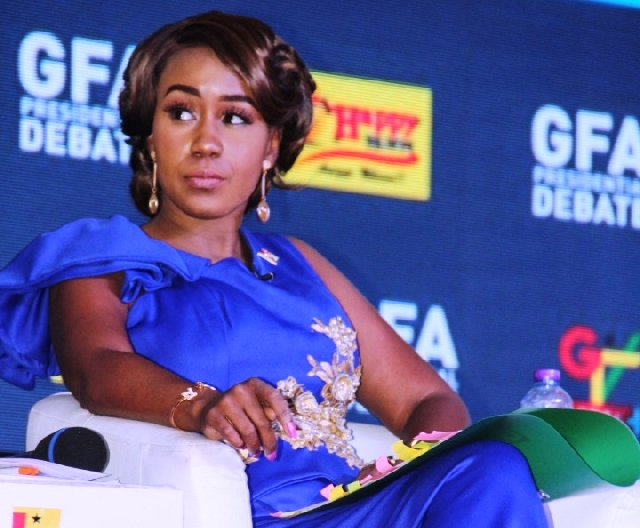 The first-ever female contestant for the Ghana Football Association (GFA) presidency, Ms Amanda Akuokor Clinton, has said that she is unperturbed about her loss since she did not engage in unethical conduct in order to win the race by any means necessary.

Ms Clinton, who had zero at the poll, explained that several factors accounted for her loss, including her staunch position against vote-buying.

“I was not prepared to become the President of the GFA at all cost,” the lawyer told Daily Graphic on Wednesday, 30 October 2019.

According to her, “Many delegates were invited to East Legon the night before the elections where they queued up for money to be distributed”.

She said: “Although to attain elite success, one must sometimes be willing to make the hard choices, do the unpleasant things, risk one’s most valuable assets and at times do away with the shackles designed by society and the uninvited imposition of lesser people’s moral agenda, in this case, I truly believe that integrity, fortitude and perseverance toward a noble goal is of much importance in one’s professional life.”

Even though she raised an alarm on the alleged vote-buying, the lawyer explained that the Normalisation Committee, which superintended the election, felt her “evidence was not enough”.

Congratulating the winner, Mr Mark Okraku, the lawyer charged the new GFA boss to work assiduously to return the lost glory of the association and institute measures to revive football at the basic level.