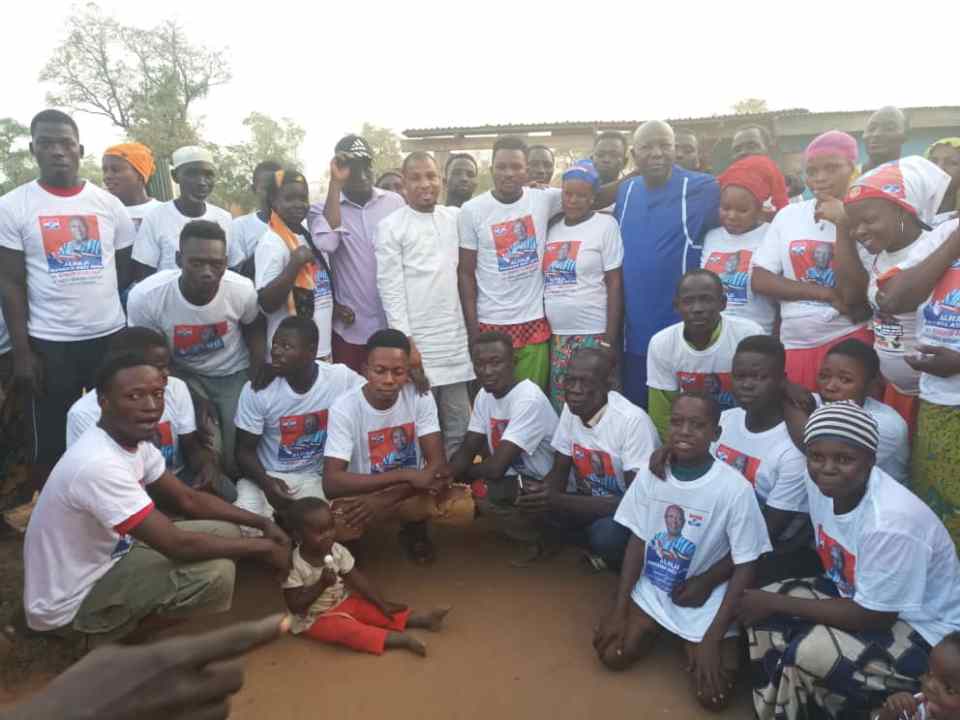 The opposition National Democratic Congress (NDC) has suffered a setback in the Savannah Region after some 85 members of the party crossed carpet and defected to the ruling New Patriotic Party (NPP).

The aggrieved NDC members cite gross disrespect and discrimination on the part of the Member of Parliament for the area and the Party executives as the main reason for their decision to switch camp from the NDC to the NPP.

Leader of the defected NDC Members, Abudu Ibrahim, popularly known as Lion, in a statement during a ceremony to induct them into the NPP, took a swipe at the NDC executives in the constituency, accusing them of only engaging the youth during electioneering campaigns.

In his words, he said ‘’they have taken us for granted for so long by using and dumping us.’’

BestNewsGH.com reports him as positing that some compelling factors culminated in their decision to dump a party they have heavily invested in, in terms of time, energy and resources among others, adding that they feel more at home in the NPP now.

Again, Lion averred that the NPP within 3 years since it assumed the reins of political power in the country, has introduced and implemented numerous social intervention policies and programmes in the Daboya/Mankarigu Constituency which has culminated in the alleviation of poverty.

He described the NDC as a non-performing party which has taken the loyalty of the people of the area for granted.

‘’We have found the NPP very attractive and proactive in the course of developing our constituency” he added.

The District Chief Executive for the North Gonja District who is also the NPP Parliamentary candidate for the Constituency, Alhaji Mahama Seini, welcoming the defected NDC Members described their decision to leave the NDC as wise one that will augur well for themselves and their respective families.