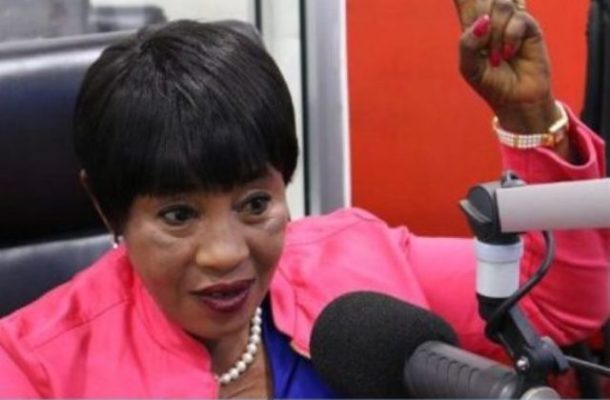 Madam Anita Desoso, a former first National Vice Chairperson of the opposition National Democratic Congress (NDC), and a known critic of President Nana Addo Dankwa Akufo-Addo seems to have found a soft spot for the man she fiercely criticized.

She has described President Akufo-Addo as a good man who has Ghana at heart.

According to her, the president has a listening ear, and hears the concerns of the people of Ghana.

Speaking on Accra based Power Fm and monitored by BestNewsGH.com, Madam Desoso cited the decision of then candidate Nana Akufo-Addo not to seek a review of the Supreme Court ruling which upheld the Electoral Commission’s declaration that then candidate John Mahama of the NDC was the duly elected president of Ghana following the 2012 elections.

She said President Akufo-Addo showed great character after he shielded the opportunity which was open to him to challenge the ruling delivered by the Supreme Court, and chose to incline his ear to the pieces of advise offered by the group of respected chiefs.

BestNewsGH.com reports her as positing in the interview that “In 2012 he said he wasn’t going to go for review in their party office. He could have gone but he insisted he wouldn’t go. I was with Otiko Djaba when he told me at their party office, that Anita, I won’t go for this review. So when I realized he really didn’t go just as he told me, then I realised Nana Addo has a good heart. Even when the chiefs spoke to him, he said he has left it everything behind.’’

She continued that “Akufo-Addo is not being desperate, but if you are a leader, sometimes your followers can put pressure on you to do certain things you wouldn’t have done naturally. What at all is the President looking for at his age that he won’t stop being President after his first term, it may be because some people around him are pushing him to go for it, that’s how I see it. There are some kids around him who may be advising him but we are praying for him that God should touch his heart so he changes his mind and steps aside as President. So that in future, history does not record that it was in his time that such a war happened in Ghana. That will affect his generations to come.’’