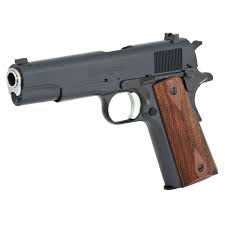 Police in Damongo in the West Gonja District of the Savannah region has taken into custody a 14-year-old primary 5 pupil who pulled a gun on his headteacher at St Anne’s Primary School according to a report sighted on mynewsgh.

The pupil Amadu Bashiru threatened to kill other teachers with the gun and as a result, a formal complaint was lodged at the police station by the headteacher of the school leading to his arrest.

The following morning, information got to the Headteacher of the school by schoolmates of little Bashiru that he was wielding a locally manufactured pistol after he was punished threatening to kill any of the teachers of the school who will make a second attempt to cane him.

The Headteacher of the school, Mr. Amos Akuro quickly rushed to the Damongo police station to lodge a formal complaint.

He was subsequently arrested and when his home was searched, the exact pistol he had flaunted hours earlier was found.

The Police in Damongo are currently investigating the matter to unravel how the suspect came about the weapon since he has not license to possess it.