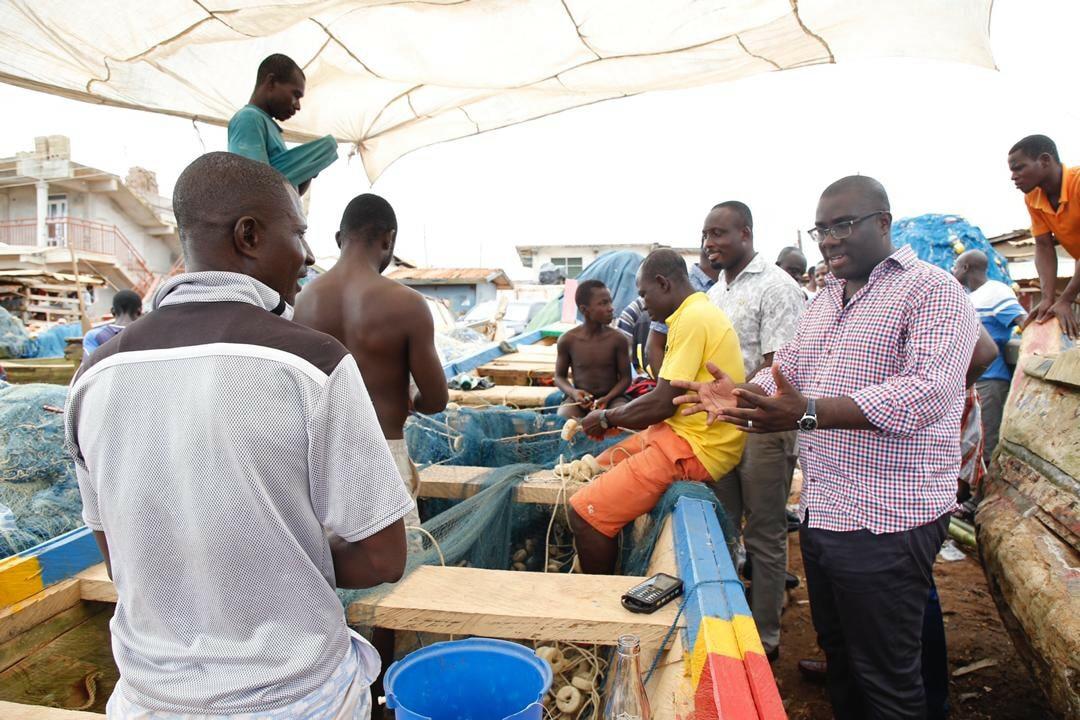 The National Organiser of the ruling New Patriotic Party, Sammi Awuku today Tuesday, June 4 2019, began a tour of fishing communities in the Western Region ahead of the 2020 elections.

Together with some regional party executives and the Municipal Chief Executive, Mr. Awuku toured and interacted with the fishermen with the main aim of eliciting from them, feedback on the various policies and programmes being rolled out by government. 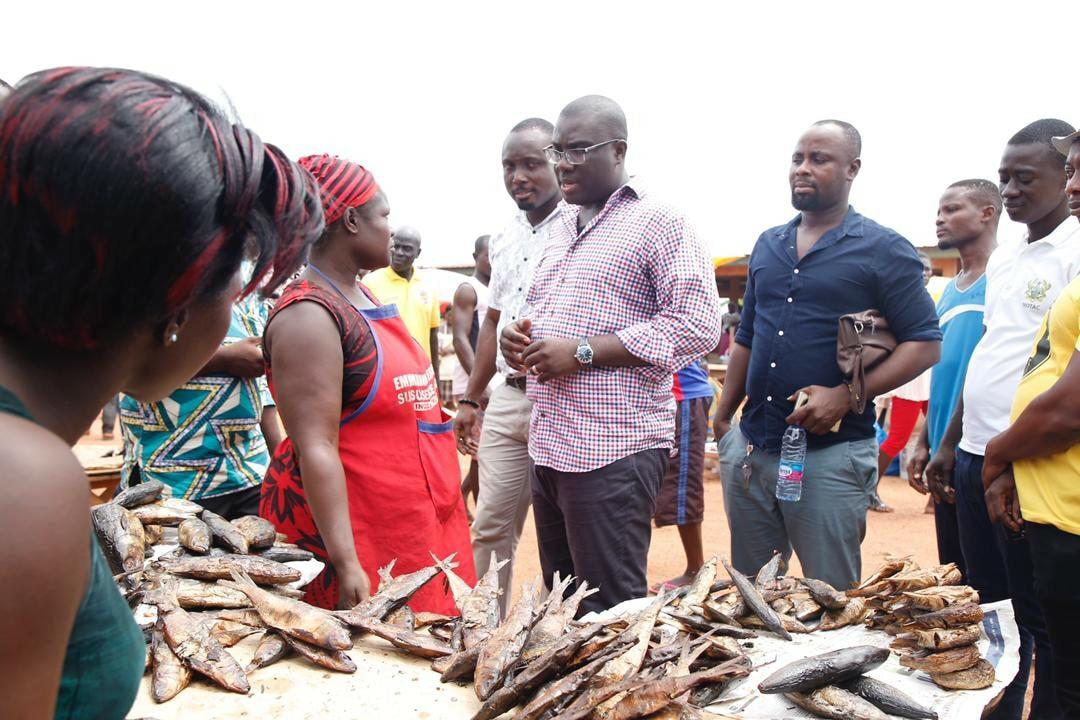 During his interaction with fishermen at Evalue Gwira (Axim) they expressed profound gratitude to  President Nana Addo Dankwa Akufo-Addo and his government for fixing the challenges that inhibited the transparent and constant supply of pre-mix fuel.

Another project being embarked upon government that has caught the attention of the fishermen is the ongoing construction of the sea defence wall which completion is due by the end of the year.

The proposed establishment of the fishing harbour in the area also came up for discussion with the fisherfolk urging the hardworking NPP National organizer to help facilitate the commencement of the project speedily. 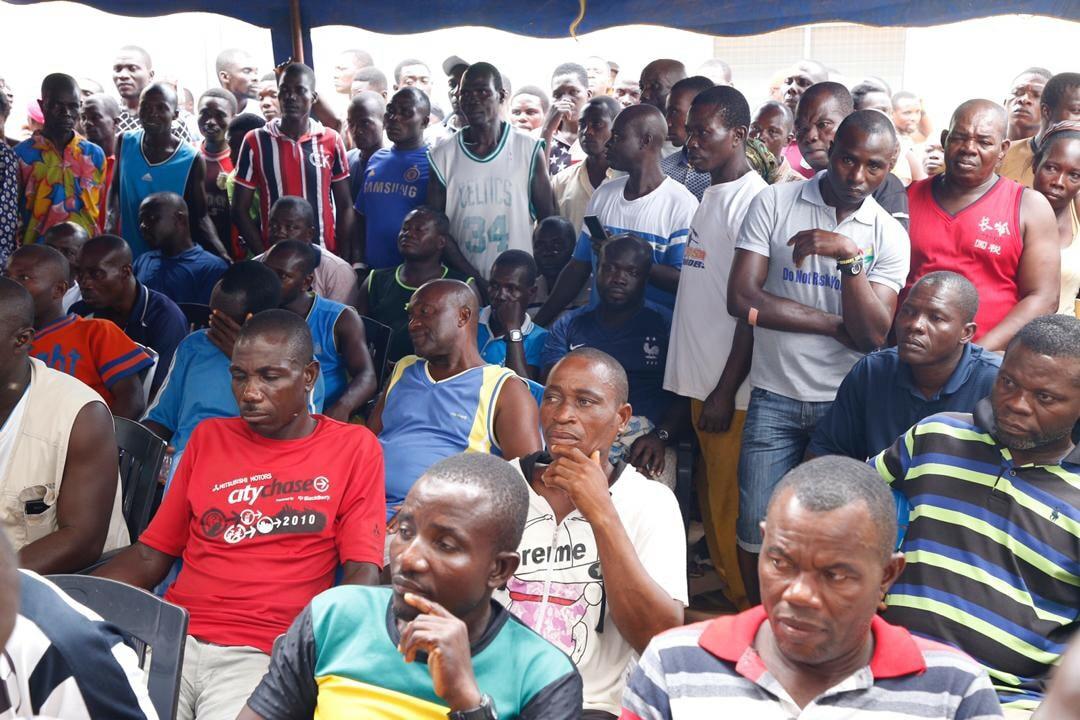 They also expressed the desire to see the transparent use of proceeds from the sale of pre-mix fuel, which in their estimation should inure to their benefit.

Mr. Awuku thanked them for the feedback and the issues they raised and promised to ensure that their concerns are taken to the appropriate quarters for redress. 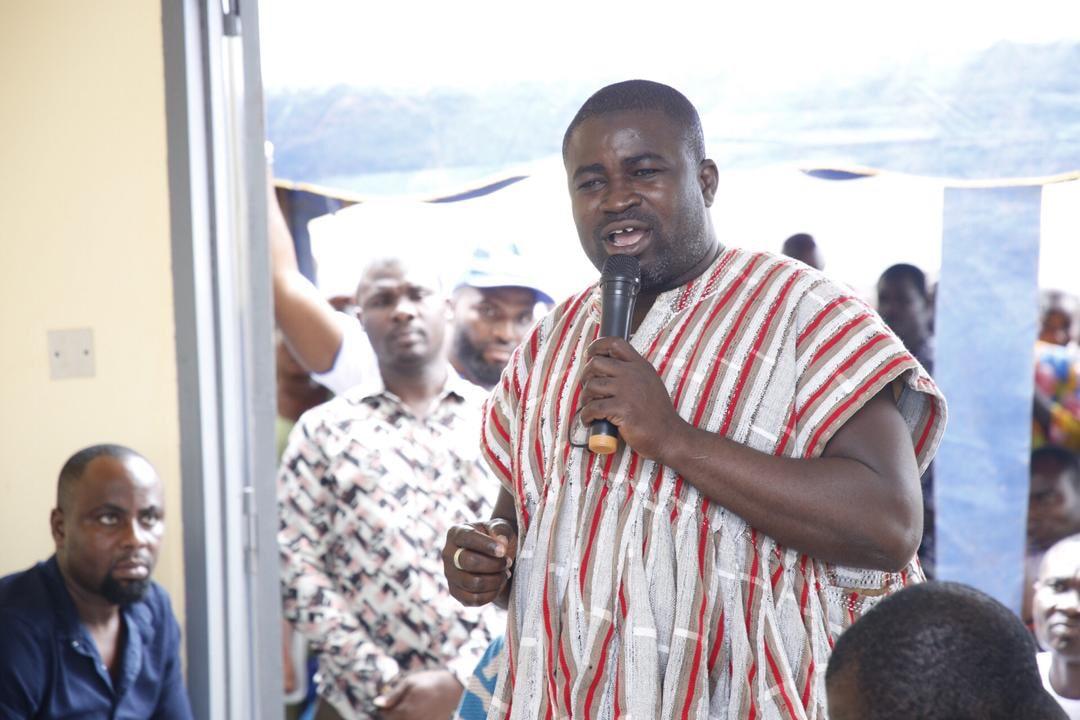