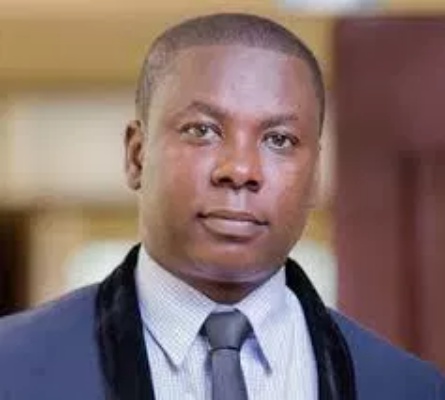 Spokesperson to the Vice President, Dr. Mahamudu Bawumia, Dr. Gideon Boako has indicated that the recent upgrade of Ghana’s credit rating from B- to B, by international rating agency, Standard & Poor’s will shore up investor confidence in the country.

According to him, the cardinal signal that investors look out for, before investing in a country is the country’s credit rating.

Speaking on Accra based Okay Fm and monitored by BestNewsGH.com, Dr. Boako said the current administration is on course to improving the country’s credit rating to B+ which was what the John Agyekum Kufuor led administration bequeathed the country before exiting power in 2008.

According to him, the National Democratic Congress (NDC) administration under late President John Evans Attah Mills and President John Dramani Mahama during their 8 year tenure reversed the B+ rating to B-, adding that the current upgrade in Ghana’s credit rating is the first to happen in 10 years.

‘’During president Kufuor’s time we were upgraded to B+ and the government maintained a grip on it until 2008 when the New Patriotic Party (NPP) left the reigns of political power and then came the NDC under late President Mills and former President John Mahama. When they a came, we were downgraded to B-. When president Akufo-Addo came, in one and a half years, we have passed B- negative outlook, B- stable outlook, B- Positive outlook and now at B upgrade. It is not B negative outlook, but B with stable outlook. So we are now getting back to the level president Kufuor took us which is B+’’ Dr. Boako added.

The minority National Democratic Congress (NDC) has ridiculed government’s handling of the economy, particularly with the recent free fall of the local currency, the cedi against major trading currencies.

The Vice president who is head of the Head of the Economic Management Team (EMT) has consistently maintained that Ghana’s economic fundamentals are strong and that there was no cause for alarm, assertions that have been buttressed by the Bank of Ghana and policy Think-tank Institute for Fiscal Studies (IFS).