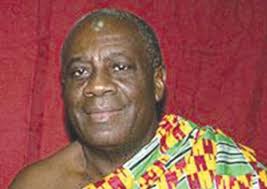 Former Minister for chieftaincy affairs in the erstwhile president John Agyekum Kufuor led administration, Samson Kwaku Boafo also known as S.K Boafo is urging restraint in all facets of the country’s life, by all citizens, explaining that anger and bitterness has no place in a society that aims to develop and attract blessings from God.

According to him, anger exists in all aspects of human life and that it is imperative for all persons irrespective of their political, religious and educational background to be measured in their reaction to provocation.

Mr. Boafo who has authored a book titled ‘ANGER’ said the Bible-quotation-laden book is aimed at highlighting the need for people to co-exist peacefully without rancour and acrimony, adding that anger, envy and jealousy are part of human nature but must not take centre stage in human existence.

Narrating how he generated the idea to write the book, Mr. Boafo who at some point became the Ashanti Regional Minster said he was having morning devotion with his family some 4 years ago in London when the thought visited him, adding that the Holy Spirit ministered to him to put his thoughts into writing in simple language for people to understand and assimilate.

According to him, the book which preface reads ‘’This book is not intended to be an intellectual exercise, but a simple book for Christians and non Christians alike’’ will guide readers on how to react to or manage anger.