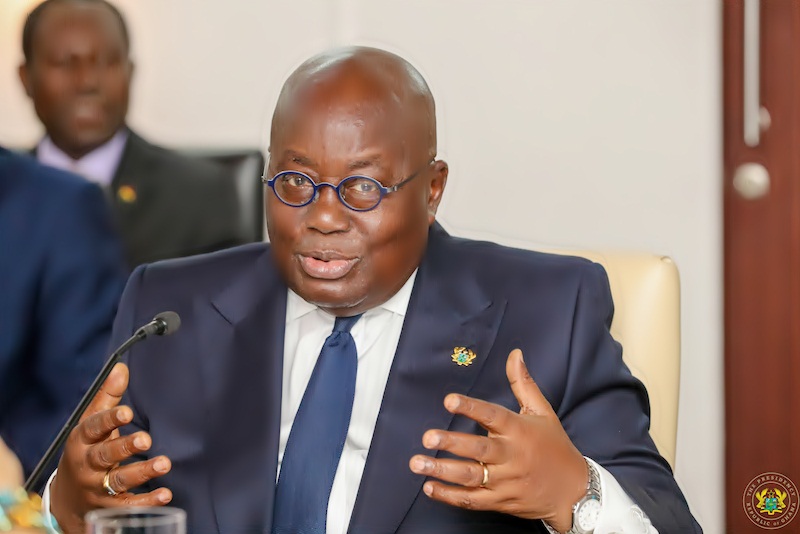 President Akufo Addo is not bothered by the political ramifications of his government’s decision to reform Ghana’s banking sector as a result of the recent banking crisis that has hit the sector.

This is the first time the president is speaking on the crisis in the banking sector that led to the collapse of seven local banks.

“I think that I am required first of all to do what I consider right for our people. Why worry about the impact of it on my own political party support”, he stated.

Speaking to the Ghanaian community in Kigali, Rwanda, President Akufo-Addo said he will continuously abide by his constitutional duty to protect and defend the people of Ghana.

Akufo-Addo said the move is aimed at strengthening the banking sector for a better economy.

“I remind you just like when I took over the galamsey phenomenon. The oath I took was to effectively protect and defend the interest of the people of Ghana. My assessment of that is what should guide what I do. It shouldn’t be about oath…if I do this, I might lose some votes here or there. I am a politician, and I want the votes.”

‘It makes no sense to collapse local banks ‘ – Akufo-Addo deliberately

President Akufo-Addo has said that his government is not on a deliberate mission to collapse the country’s domestic banks.

He said it would be “dangerous” for the country’s future if indigenous banks are pushed out of the Ghanaian economy.

In justifying the Bank of Ghana’s decision to consolidate five of the banks to become the wholly state-owned Consolidated Bank of Ghana (CBG), and authorizing the GCB to take over two other banks, Akufo-Addo said if such actions and other measures put in place by the Central Bank are not taken, all other indigenous banks will collapse.

“We cannot have a situation where the dominant banks in our country are all foreign banks. It is very dangerous for our future if we allow that to happen. But if our own indigenous banks are performing poorly, at the end of the day, we do not take care, one by one, they will all go under.”

Seven banks have collapsed in Ghana within the last year.

According to the Bank of Ghana, whereas some of the banks had liquidity challenges, others obtained their banking licenses through dubious means.

Some of the collapsed banks allegedly squandered millions of cedis given them by the BoG as liquidity support.

Some Ghanaians have however called sanctions for persons whose actions caused the collapse of the banks.

The government has issued about GHc8 billion in bonds to defray the debt left behind at the expense of Ghanaians.

Parliament subsequently served notice of holding a three-day closed-door session to quiz officials on the crisis.