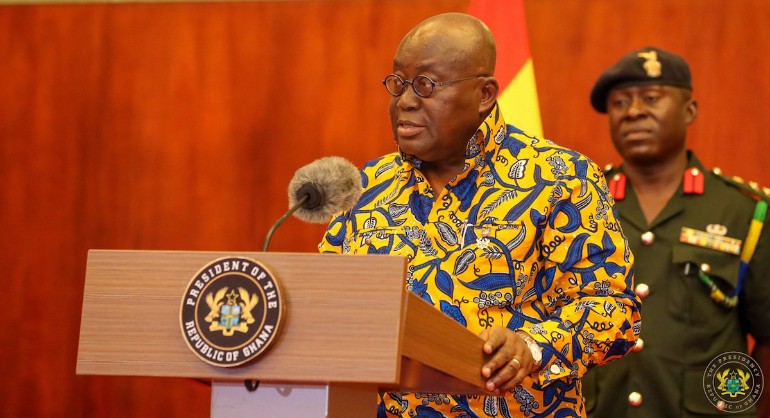 President Nana Addo Dankwa Akufo-Addo has rubbished claims by sections of the public, particularly, the opposition National Democratic Congress (NDC) that he collapsed during the weekend and that accounted for his visit to the 37 military hospital.

According to the President, those whose political fortunes depend on his collapse will not see their dream manifest because his life is in the hands of God.

Speculations were rife on Social Media over the weekend that the President’s health had worsened and he had been rushed to the 37 military Hospital for treatment.

However, it later emerged that the President was only at the military hospital to visit his brother-in-law who was on admission after a hip surgery.

“My presence at the military hospital to visit to my brother-in-law, the famous pilot Captain Pius Mensah who is unfortunately there for a hip operation has been translated to my collapse on social media.

“All I can say is that those whose political fortunes depend on my ill health and my degeneration, we are all in the hands of God, Amen.” the president added.