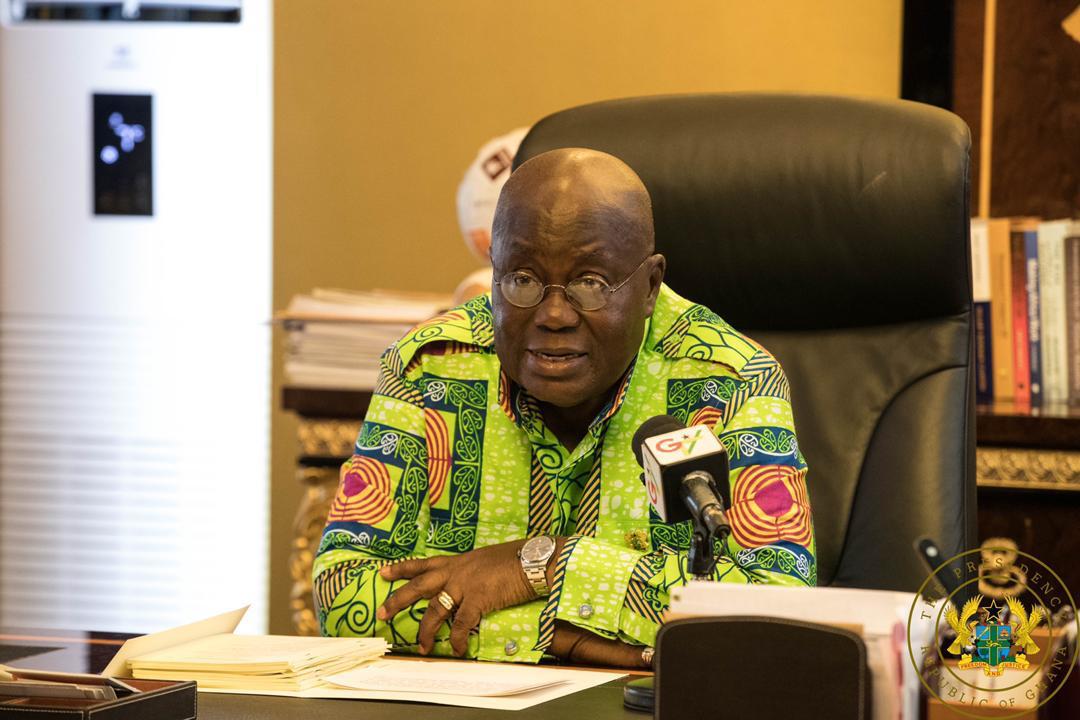 President Nana Addo Dankwa Akufo-Addo is optimistic that the Right to Information (RTI) Law will provide a critical tool against corruption and enhance the quality of governance in our country when applied properly.

The purposes of the act, as set out in its preamble, are to provide for the implementation of the constitutional right to information held by any public institution and to foster a culture of transparency and accountability in public affairs.

He made the statement when he gave assent to the Right to Information (RTI) Law that was passed by Parliament last March.

The Presidential Assent makes the RTI Law a statute under the constitution, and provisions will empower people, contain corruption, and bring transparency and accountability in the working of government.

President Akufo-Addo expressed his satisfaction that the passing of the act came into effect during his time as President and in the time of the Seventh Parliament.

With Parliament having provided that the RTI Act comes into effect in the next financial year, i.e. January 2020, because of the financial consequences in the implementation of the law, the President stated that this is to give the public treasury the opportunity to make the necessary allocations to enable the act to be effective.

“I am very happy that this law has finally been passed, and I did make the commitment that, when it was brought to me, I would give my assent to it right away. It was, in fact, brought to me yesterday afternoon,” the President said.

“It was brought to me yesterday afternoon and I thought I should sign it in the full view of the Ghanaian people,” adding, “I am glad this long-winding parliamentary process has finally come to an end…and I am happy that we now have a Right to Information Act.”

President Akufo-Addo expressed gratitude to Parliament for the care of duty and dedication exhibited in ensuring that the Act came into being in the time of the Seventh Parliament.

“I want to congratulate the Seventh Parliament for its courage, sense of responsibility and commitment to good governance in passing this significant piece of legislation,” the President said.

Due to the heavy financial implications anticipated in implementing the law, government has proposed measures to ensure that the needed resources are made available in the 2020 budget for its effective implementation.

The bill had a checkered journey through the legislative processes, with the document going through various stages of considerations and amendments, culminating in the House passing the controversial piece of legislation into law on March 26, 2019.

A pressure group, Right to Information Coalition, a frontrunner in the fight against the incessant delays in passing the act, had constantly pressured Parliament to pass the act.

Now, it would also require the drafting and passage into law of the critical regulations which will give full life to the law, the designation of information officers and their training, which are key conditions for the realisation of a truly robust and effective RTI Law.

Campaigners have cautioned that the law must ensure that persons appointed as members of the commission have proven records of commitment and defence of human rights, understanding of and empathy with international norms and best practices in the RTI regime.

There should also be effective mass education on the provisions of the law, as well as the rights of the citizens, and also the provision of necessary resources, including funding to make the law work.

The Right to Information Act mandates that timely response be given to any citizen who requests for information.

It provides for the operationalisation of the constitutional right to information held by public and some private institutions, subject to exemptions that are necessary and consistent with the protection of public interest in a democratic society.