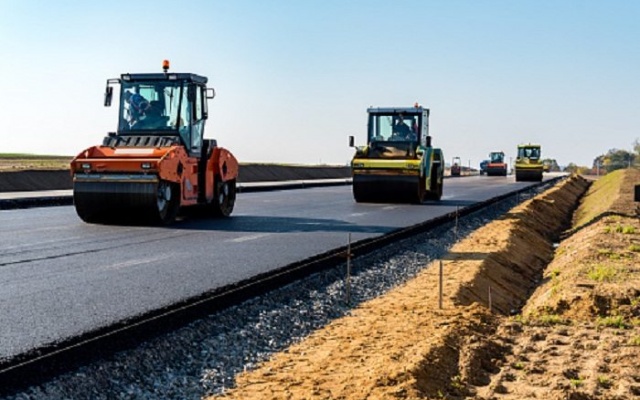 The road sector is undergoing massive transformation in just two years of the Akufo Addo administration. All the regions, including the newly created 6 regions are getting projects.

It is an absolute fact that when this regime formed the government in 2017, the Road fund was inaccessible. This was because the Mahama administration used the road fund as collateral for a loan from UMB bank. As such, in 2017 maintenance activities on roads was problematic.

However, the Akufo Addo regime was able to refinance the fund. This regime even renegotiated the interest rate for the loan which the NDC used the road fund as collateral for – the interest was revised down from 32% to 22%. Now the fund is active.

It is also a fact that, due to competent management, this regime negotiated the greatest barter trade deal in the history of the country: the $2 billion-dollar Sinohydro deal for infrastructure development. About 70% of the $2 billion dollars will be utilized by the road sector.

As part of modernizing the sector, the ministry of roads and highways has started a pilot project to construct concrete roads on the Tema Steel Works and DVLA Roads in Tema as a result of vehicles with high axle loads plying roads in the area. The concrete roads would be able to withstand loads imposed by such vehicles and would give the roads a longer life span. Works are ongoing and current progress is 28%.

There is also an Area-Wide Traffic Signal Control Systems in Accra undergoing work (61% complete): This project generally seeks to coordinate all the traffic signals along the major routes in the capital and manage traffic remotely from a Traffic Management Centre (TMC) to optimize flow on the Amasaman – CBD Corridor and other major corridors in Accra.

With Area traffic signal control system, whenever any traffic light goes off, the center gets the signal at once. Engineers will be dispatched to work on the traffic lights. The days of traffic lights going off without immediate responses are over.

There will soon be a new national tolling policy as part of efforts to address and modernize general toll collection methods on the country’s roads. This is important because the tolls represent the second biggest share of revenue to the Ghana Road Fund, as such the launch of the National Tolling Policy would improve revenue mobilization efforts by the Ministry and curb revenue losses and leakages. More funds will thus be available for road maintenance, repairs etc.

The Minister for Roads and Highways, Kwasi Amoako-Atta has indicated that a disbursement of 3.5 billion Ghana Cedis has been made available to his outfit to settle all its debt. Contractors will soon be smiling.

In keeping with Government’s commitment towards enacting social protection programs, the recruitment of persons with disability (PWDs) for toll collection commenced on 1st July 2017 with an initial intake of Seventy-four (74) persons across the country. The second intake was affected on 1st October, 2017 with recruitment of additional nineteen (19) PWDs.

The increment shows how the Akufo-Addo regime is dedicated towards engaging disabled people in society by making them productive. Meanwhile, the NDC has never enacted a single social protection policy to cater for the poor or the disabled people.