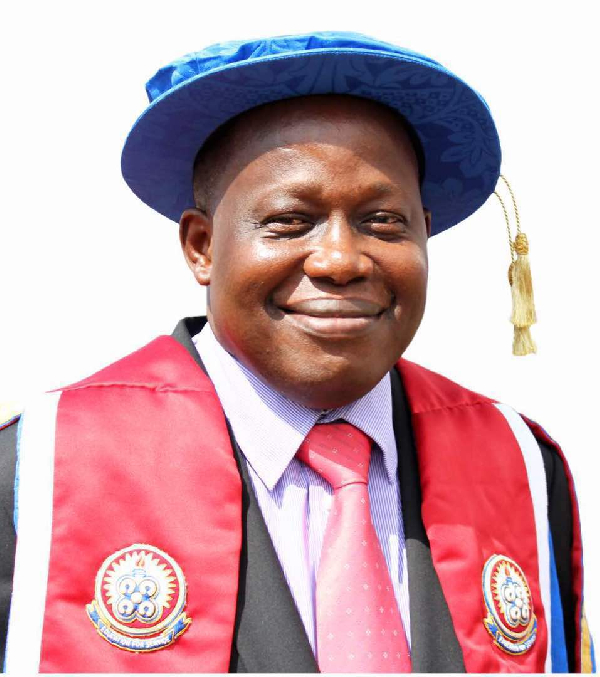 The National Executive Committee of the University Teachers’ Association of Ghana (UTAG) has called for the immediate reinstatement of all 23 staff of the University of Education, Winneba (UEW) who have been dismissed, demoted or suspended.

In addition, UTAG is demanding the immediate resignation of the vice-chancellor, Rev Fr. Professor Anthony Afful-Broni, for his vindictive attitude and failure to reconcile factions in the crises he created and benefitted from.

At a press conference yesterday, Dr Eric Opoku Mensah, National UTAG President, called for swift investigations to be conducted by the Commission on Human Rights and Administrative Justice (CHRAJ) into the conflict of interest cited against Prof E.N. Abakah, Chairman of the Governing Council of UEW.

He also asked the National Council of Tertiary Education (NCTE), Ministry of Education, Economic and Organised Crime Office (EOCO) and the Office of the Special Prosecutor to investigate several allegations levelled against Prof Afful-Broni.

Dr Mensah demanded a probe into alleged promotions given to people who did not meet the requirements spelt out in the statutes of UEW.

The National UTAG President called on the Catholic Bishops Conference to call Rev Fr. Prof Afful-Broni to order since he has become very treacherous and vindictive.

“As a matter of urgency, neutral persons should be brought in to lead the Management of UEW and the council,” he added.

Dr Mensah stated that the National Executive Committee of UTAG would monitor the situation for a while, with the view of finding a lasting solution and an end to the victimisation of lecturers and other staff.

He warned that UTAG would advise itself if it sees no end in sight.

He emphasised that UTAG has a greater claim to the success of UEW than any council chair and vice-chancellor since they hold positions only for a short while whereas for UTAG, it is a lifetime enterprise.

Dr Mensah alleged that documents in possession of UTAG indicated that Prof Abakah used his position as Chairman of UEW Governing Council to engineer a retroactive application of a statutory provision which did not apply to him when he was in active service to gain promotion.

The National UTAG President accused UEW management and council, led by Prof Afful-Broni and Prof Abakah respectively, of embarking on a path to deepen a new culture of fear and silence on UEW campus.

“This culture is antithetical to the very spirit of academia. UTAG strongly admonishes any group or groups interested in the proper corporate culture of a 21st century university to visit UEW, and, without doubt, one will witness the collapse of deliberations, consensus building and freedom of expression on the campus,” he said.