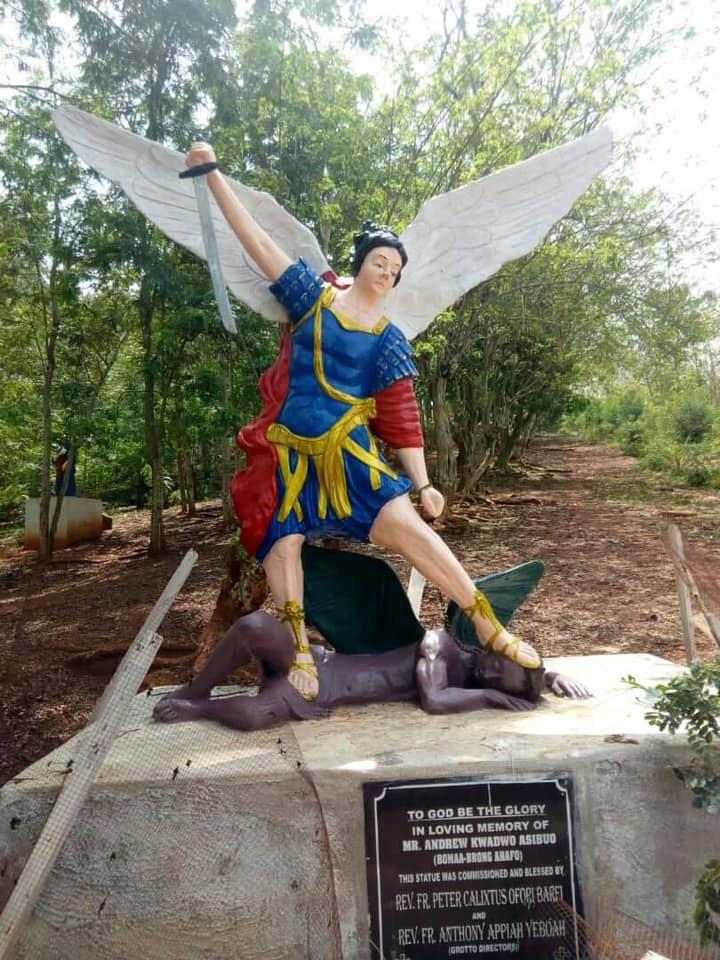 The Catholic at Tepa in the Ashanti Region has raised eyebrows and has come under fire from the general public for erecting a statue that depicts a ‘’White Angel, BLACK DEVIL’’ scenario.

This statue has been erected at the Tepa Roman Catholic Grotto in Manfo in the Ashanti Region of Ghana.

Many are at a loss as what would have prompted the leadership of the church to sanction such a project or statue.

Some say it is an insult to the black race, projecting and insinuating the superiority of the white race over the black race and are calling for it to be brought down as soon as possible.