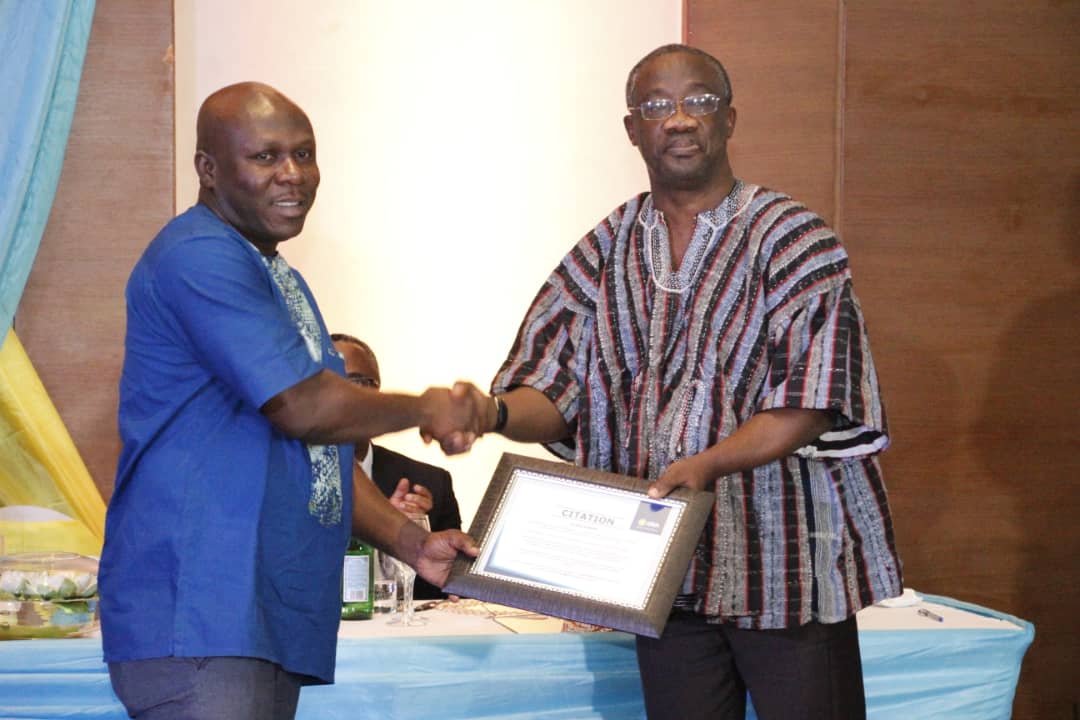 The Ghana Revenue Authority (GRA) has honoured the Editor of The Finder newspaper, Mr Elvis Darko, as the Best Media Personality of the year 2018 for his in-depth and comprehensive articles on taxation published in The Finder.

Elvis Darko was honoured for playing a pivotal role in disseminating information on tax issues to taxpayers and the general public.

The Commissioner-General of the GRA, Mr Emmanuel Kofi Nti, presented Mr Darko with a plaque, memento and citation for his recognition.

The citation accompanying the award read: “You contributed so much to set the agenda for national discourse on relevant tax issues. Your exemplary style of contacting officials of the Ghana Revenue Authority for their side of stories before publication ensured that all your stories on GRA were fairly balanced. As an Authority, we have always counted on you for coverage of our events and activities.”

It continued to state that, “Your probing questions during the Authority’s media engagements with editors helped to throw more light on tax issues. Your editorial role contributed significantly to expand knowledge on taxation”.

The award was given as part of the Commissioner-General’s Special Awards at the GRA’s 2018 Staff and Stakeholders Awards to recognise taxpayers, institutions and individuals who contributed immensely towards the success of the revenue mobilisation efforts of the authority during the period under review.

The GRA, through the award scheme, also acknowledged the enormous contributions of taxpayers and business owners who were complaint in the filing of returns and payment of taxes on due dates.