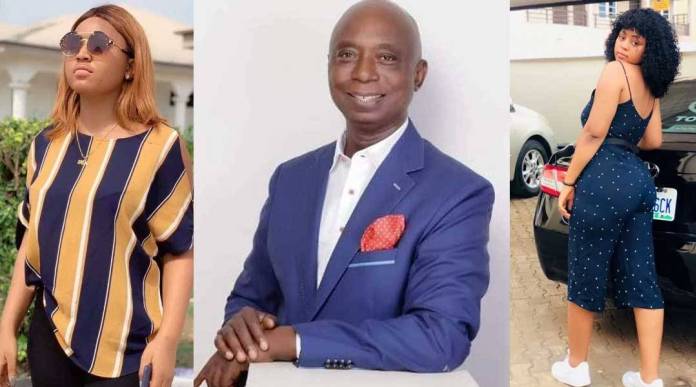 Nigerian billionaire, Ned Nwoko who hails from Delta State in Nigeria has deflated the numerous rumours on social media about his newly wedded wife;  Regina Daniels.

The revelation comes immediately after the lovers made their debut public appearance on Saturday since their secret marriage.

The billionaire has revealed that  Nollywood actress, Regina Daniels is 22 years as opposed to speculations that the actress is 19.

Ned while reacting to the stories said Regina is actually his fifth and not sixth wife as being speculated on social media.