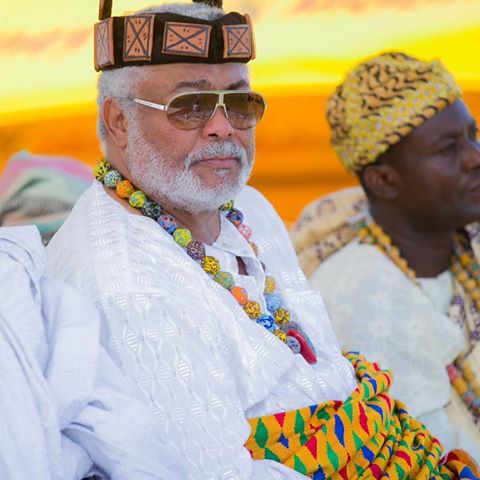 It is unclear who the news anchor is as Mr. Rawlings failed to state the name in the post.

Though he said he has not lost sight of the “disproportionate influence” of some western countries over the local media, he said it was shocking and disheartening for the news anchor to denigrate such an African freedom fighter.

“…to hear the newsreader on GTV yesterday refer to the late Mugabe, a former freedom fighter and leader as a rebel leader, was not only shocking but truly disheartening” he tweeted.

“A rebel leader?” he asked rhetorically, stating it was “unbelievable” to hear that from the mouth of a Ghanaian newsreader on national television. 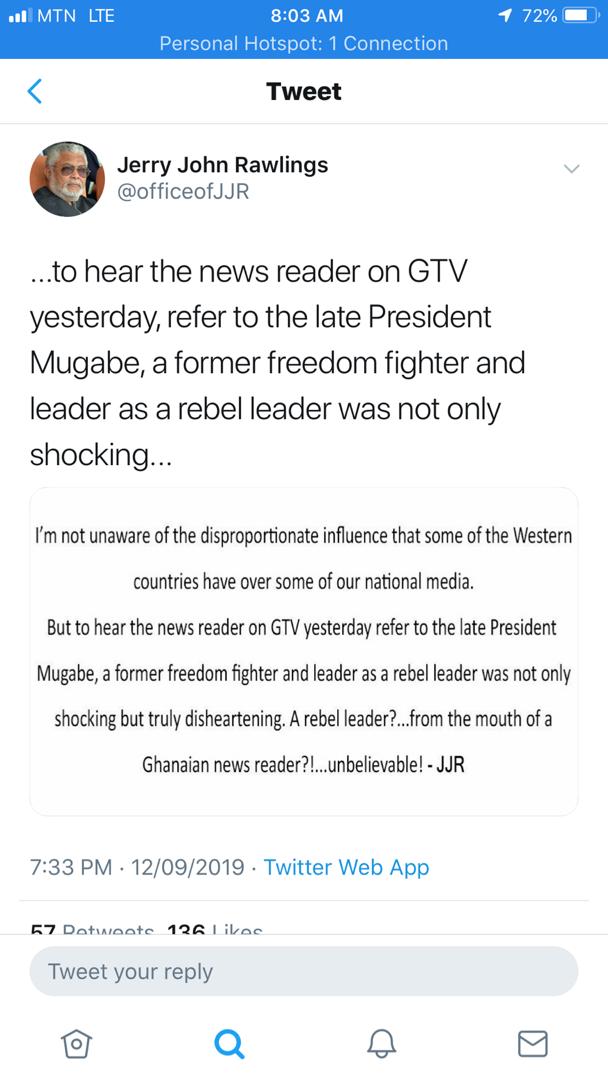 As Zimbabwe’s first post-independence leader, he ruled until 2017 when he was ousted by a military coup.

Mr Mugabe, who was 95, died last week while undergoing medical treatment in a Singapore hospital.

His body will lie in state at the Rufaro football stadium in Zimbabwe’s capital, Harare, for two days as part of a state burial being given the man who has been declared “a national hero” by the ruling Zanu-PF party.