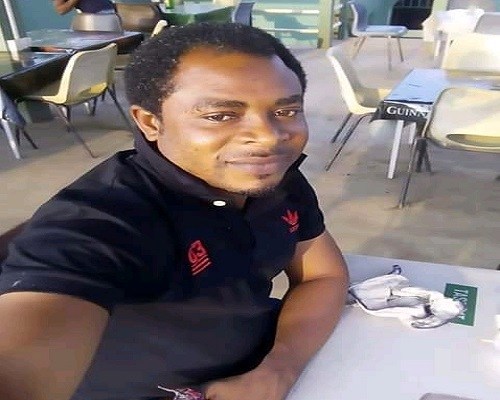 A Popular Kumasi-based radio presenter has collapsed and died mysteriously moments before his maiden event on Thursday September 12, 2019.

Badala Hassan who was recently promoted as Programmes Manager of Adehyie Fm a subsidiary of the Class Media, is said to have reported for work on Thursday and was readying himself to go on air when he suddenly collapsed but was pronounced dead on arrival at the hospital.

A colleague Nhyiraba Agyei who broke the news on his Facebook page said ““This is how the media fraternity is; appointed as Programs Manager last week and died this morning…😭😭😭😭😭”.

King said: “Is it true? I spoke to him, a few days ago and he’s supposed to Join me @Zion the deal was seal last two week & was expecting him to come & put something on paper la”.

Bernard Amponsah also wrote: “We were with him last Friday with bishop Columbus”.

He was survived by a wife and a 4-month-old baby.