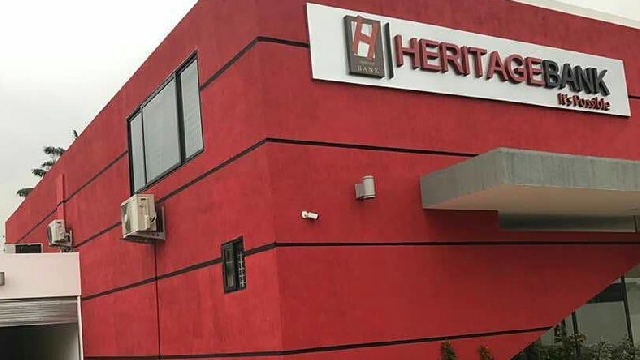 THE Herald has intercepted incontrovertible evidence that indicate that the Bank of Ghana (BoG) received a cash transfer totalling GHS90 million from the now collapsed Heritage Bank Ghana Limited as minimum capital to help meet the requirements of the licence granted its shareholders.

The documents indicated that the money was transferred by Stanbic Bank Ghana Limited on behalf of the Heritage Bank to BoG on 30th December 2016.

According to the documents, the money was transferred into the account of Heritage Bank at BoG as part of stated capital required by BoG by persons and institutions that wanted to set up banks at the time.

Other documents indicated that the BoG also approved that Heritage Bank use an additional amount of GHS35 million to rent and/or purchase infrastructure such as office buildings, furniture and other furnishings, information and technology (IT) equipment, among others to be able to start operations.

The Herald investigations proved that part of that GHS35 million was used to rent office spaces at Airport City (the first floor of the NCA Building, which was the Head Office), East Legon and Dzorwulu to house the bank’s operations in its formative years.

The remainder was used to procure office furniture and furnishes, IT equipment and software.

In the documents, the BoG approved the shareholding structure of the bank, with Mr Seidu Agongo, who is a businessman and philanthropist, as majority shareholder with 55 per cent.

The regulator of the banking sector, however, directed Mr Agongo dilutes his shareholding in four years.

The revelations in the documents and the outcome of the Herald’s investigations contradict recent publications which sort to create the impression that the promoters and subsequent shareholders of Heritage Bank used fictitious capital to apply for the licence.

Heritage Bank was collapsed in January this year under circumstances that shocked experts in the financial sector.

Earlier this month, when the Receiver of the bank, Mr Eric Nana Nipah of PWC indicated that the bank’s assets were to be auctioned, the main shareholder of the defunct bank, Mr Agongo published a tribute on Facebook, detailing how he set out to build a strong indigenous brand in the financial sector on the African continent.

Since then, government officials have been coordinated in their responses.

Sources told The Herald that the publication did not go down well with persons at the Jubilee House and that prompted the Information Minister, Mr Kojo Oppong Nkrumah to use his news media, ABC News to respond in a subtle way.

Other responses also came from some Presidential Staffers and other pro-government media, all in an attempt to help hide the truth and counter the emotional narration of the dream that gave birth to Heritage Bank in 2016.

Among the nine banks that BoG collapsed, Heritage Bank was the only solvent bank.

Despite operating for few years, Heritage Bank left a mark as a well-structured, well-governed, focused and results-oriented entity with huge prospects for growth.

Prior to its collapse, it was granted a Management System Certificate from Canada-based certification body, PECB, making it one of the few banks in the country to have been certified.

In a letter communicating the certification, PECB congratulated Heritage Bank on attaining the PECB Management System Certificate, which, it said, signified that “your organisation has been assessed and found to be in accordance with the management system requirements in ISO/IEC 27001:2013”.

It explained that: “The scope of HBL Information Security Management System (ISMS) includes all employees, business and support activities carried in HBL’s Head Office and Datacentre Facility based at Plot No. 6, Airport City, NCA Tower, First Floor and Part of the Ground Floor, Accra, Ghana, in accordance with Statement of Applicability (SoA), Ver. 1”