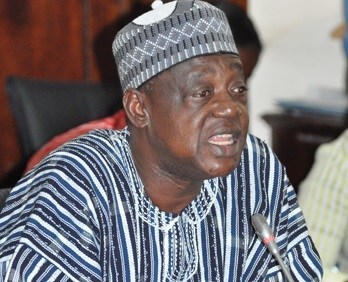 A former Minister of Defense and a stalwart member of the National Democratic Congress (NDC), Dr. Benjamin Bewa-Nyog Kumbuor, says the level at which the umbrella family has been monetized scares him so much that he is ready to quit and join another political party.

However, his desire to join another political party comes with a caveat – that is only when that political party is implementing the ideals that he stands for in terms of social justice in creating a better society for all.

Interacting with Accra-based United Television (UTV) Friday, the former Minister of Health said irrespective of the name of the political party, so far as it is implementing the ideals that he stands for, he is prepared to quit the NDC and join hands with that political party to achieve the best for the country.

“If I get a political party that is prepared to implement the ideals that I stand for in terms of social justice in creating a better society …it doesn’t matter the name, if they start implementing those things and I’m convinced that they are implementing it, I will join it. Even if it is the NPP that is implementing what I stand for, I don’t have a problem of joining it”, he noted.

According to the former Member of Parliament (MP) for Nandom who later became the Majority Leader of Ghana’s Parliament, it pains him so much to see a party he helped to nurture change from its ideals and principles, wondering if one could presently decipher any difference between the Akatamansonians and the other political parties in the country.

“Sometimes when I look back, I ask myself if this is the party [NDC] we all struggled for. It is very painful and sometimes you also say well – it is either you are getting out of date or it is also because some people will say in African politics, they say there are two things – if you are lucky not to get a bullet in your head, when you are too old, they will tie a rope around you and drown you at the nearest pond. That is what I normally see it serving in a political position in our part of the world”, he noted.

He added “…but for NDC, what really pains me is when I see the level at which the NDC has been monetized – then what is the difference between you [NDC] and any other political party?”