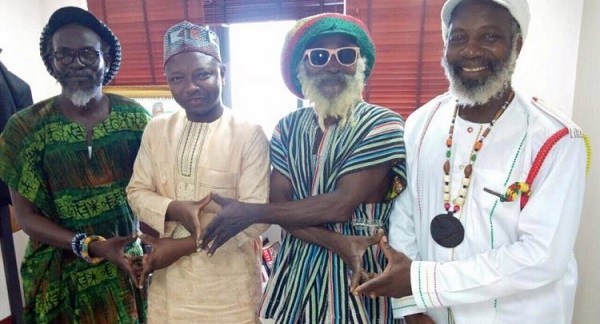 The Rastafarian Council of Ghana has served notice that it will head to the Supreme Court to seek an interpretation of the law that bans the use of marijuana, as part of measures to pile pressure on parliament to decriminalise the herb.

The Council’s chairman, Khex Ponto, said the laws of the country have been skewed against users of the herb.

He argued that the herb has enough medicinal value that ought to be considered rather than criminalised.

Mr Ponto, who was speaking to Class91.3FM ahead of the group’s planned protest march slated for 20 April 2019 to garner support for the decriminalisation of the plant, said: “We just don’t want the users to be criminalised because none of the users is a criminal and there is no reason why they should say somebody should not use the plant which is good for health benefits”.

Prominent people such as the late UN Secretary General Kofi Annan, as well as the former Executive Secretary of the Narcotics Control Board (NACOB), Mr Yaw Akrasi Sarpong, have in the past made similar calls for the decriminalisation of the use of marijuana.

Also, veteran journalist Kwesi Pratt as well as Ghanaian musicians such as Blakk Rasta and Samini, and radio host Kwame Sefa Kayi, are among some voices that have urged a second look at the law criminalising marijuana due to its economic benefits.