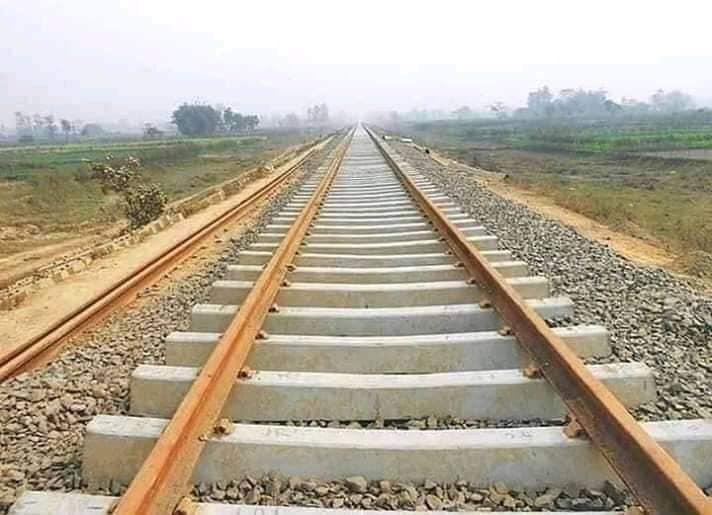 Minister for Railways Development, Joe Ghartey is optimistic that a well-established railway sector can transform Ghana’s economy from middle-income to First World status.

He recounted the parallels between the success of pre-independence Ghana and the railway sector of the time to buttress his point.

“I am convinced beyond reasonable doubt that in the same way that the railways when it was introduced in 1898 in Sekondi transformed the economy of the then Gold Coast and by the late 1920s and 1930s because of the railways, the cocoa farmers had increased their production so much that Ghana or the then Gold Coast had become the world’s largest producer of cocoa and also had become the richest British colony”.

“In the same way, if we are serious about railway development within 20-30 years’ time, this economy of ours will transform from a middle-income country into a First World country,” he stressed.

Ghartey stated these yesterday at the re-launch of the Accra-Tema passenger train service.

The Minister for Railways Development expressed relief and excitement at the progress the sector is making under his leadership.

He said the sector has now taken off and Ghanaians are going to see massive development in the coming days.

Ghanaians did the work

The Minister said most of the work seen in the sector was done by the rail workers themselves.

“Ghanaians are capable of doing it when given the support from government, and Ghana Railways Company has shown the way”, he stated.

The State Insurance Company (SIC) donated an amount of GH₵1 million to the Ghana Railway Company to improve the Accra-Tema, Accra-Nsawam rail lines.

“The resumption of the train to commute people from Accra to Tema is a bold step in decongesting the city by providing safer and cheaper means for people who come in and out of the city.

“As you know, the city has a resident population of about 1.9 million, but during the day, the number goes to about 4 million.”

He said the number goes up largely because Accra is the hub of business, and a lot of companies have their head offices in Accra “so everybody moves to the city centre early in the morning and leave by evening.”

“So providing a better alternative means of coming into the city it will be a better way of decongesting the roads and making the roads much safer,” he added.

For his part, Metropolitan Chief Executive (MCE) of Accra Metropolitan Assembly, Mohammed Adjei Sowah said the improvement in the railway sector will help improve the living conditions in the capital.

“Ghana is at a spot where the green light is on and we have to move. It is time for change in Ghana, and that is what we have been experiencing. If the rail system is working very well, movement will be much easier,” he said.

The Minister was joined by hundreds, including the Minister of Information, Kojo Oppong-Nkrumah; the Managing Director (MD) of the Ghana Railway Company Limited, Mr John Essel; and Black Stars coach, Kwasi Appiah, for the inaugural Accra-Tema passenger train service.

The train, which will make two trips each day – morning and evening, will have about six stopovers along the line before getting to its final destination.

A journey from Accra Central to Tema, and vice versa, by train will take passengers approximately one and half hours.

Tema – Accra in the morning

Accra – Tema in the evening

It will make return trips at 5:40pm from the Accra Central Railway Station to Tema.

The six carriage train has the capacity to carry 600 passengers per trip, in addition to about 20 staff, which includes drivers, attendants, security guards and cleaners.

The company will for the next two weeks be providing free rides to commuters, after which they will begin commercial operations at a cost of   GH₵5 per passenger for the service.

The train has a diesel multiple unit (DMU) which seats 360 persons with ample room for tens more to stand on a trip expected to last one hour thirty minutes.

It is powered by onboard diesel engines and requires no separate locomotive as the engines are incorporated into one or more of the carriages.

The 24km Accra-Tema rail line is located between Accra, the capital city of Ghana, and Tema, the port city in the Greater Accra Region.

The Accra-Tema rail line was planned as a result of the rapid population explosion and increase in the working populations of Accra and Tema.

The ever-growing population has led to heavy traffic congestion, high road maintenance costs, an increase in fuel consumption, and an increase in environmental pollution.