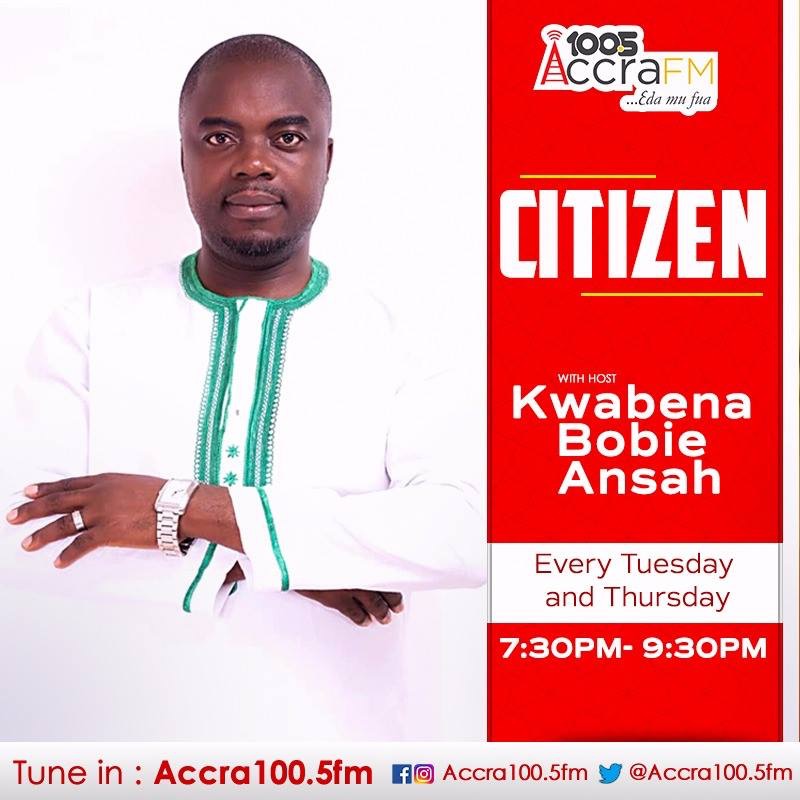 Radio personality Kwabena Bobie Ansah is back on radio after being in the wilderness for a while.

Not with the Multimedia stables or Despite group, but with Accra Fm where he will be hosting the programme called “the citizen”

An artwork detailing information about the programme he has been scheduled to host reveals a more plump and refreshed Bobie Ansah.

He recently authored a long write-up in which he lambasted former president Mahama for insinuating that the clergy and civil society groups in the country have been silent about the many ills ongoing in the country.

The former president accused them of not making their voices heard on the numerous policies being rolled out by the current administration.

But the former broadcast journalist with the Multimedia group said he was surprised at Mr. Mahama’s vituperations and went further to accuse the former president of spending the tax payers’ money on land cruiser V8s to woo journalists and other influential people in a bid to win the 2016 elections when the NPP was busy investing in their Men and Women and positioning them to support them in future.