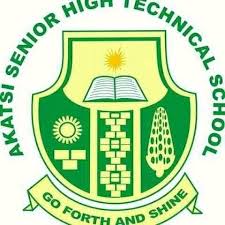 The Akatsi Senior High Technical Old Students’ Association (ASTOSA), in a joint action with the Parent and Teachers Association (PTA) of the school, will this morning embark on a demonstration to register their displeasure with how the current headmaster, Mr Amemazior Dickson, is steering the affairs of the school.

In a letter of permission addressed to the District Police Commander, with copies to other relevant institution such as the District Educational Directorate, Office of the Member of Parliament (MP), Office of the District Chief Executive, the headmaster himself, and the  media, they outlined reasons for their action.

According to the president of the old students’ association, Mr Ruben Abledu, it has become prudent to arrive at this course of action to get their voices heard on the anomalies surfacing in the school before things get worse.

In the letter, they stated that, “We are forced to take this action because of the frustrating behavior of the headmaster towards the ASTOSA, the PTA executives and other stakeholders.”

They observed that “since he came to the school, the headmaster has taken entrenched position to frustrate the effort of ASTOSA, the PTA Executives and other stakeholders especially, with regards to collection of dues and levies”.

They noted that there are various efforts made to ensure a good and lasting relationship between the headmaster and the various stakeholders, but all these have failed.

“Recent developments in the school prove that the headmaster will not renege in his attempt to frustrate the ASTOSA, PTA and others”, they claimed.

Meanwhile, the headmaster, Mr Amemazior Dickson, on Monday, wrote to the police for protection for him, the school and his family to forestall any misshapen ahead of today’s demonstration.