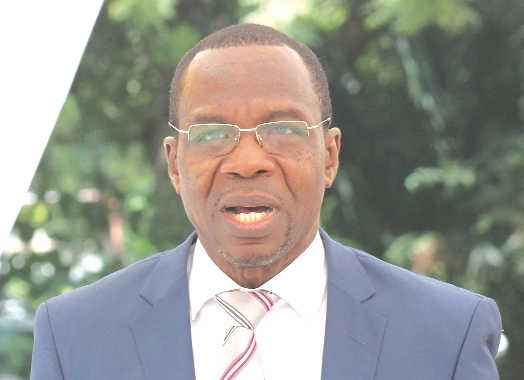 The Ghana Journalists Association (GJA) has appealed to all media houses to intensify public education on the proposed election of Metropolitan, Municipal and District Chief Executives (MMDCEs).

The media is expected to sensitise the general public to enable it to understand and embrace the idea and participate in all the processes to make the vision a reality.

President of GJA, Mr Roland Affail Monney said this would deepen accountability at the local and national levels.

He stated that citizens ought to understand the concept and constitutional processes involved in the election of MMDCEs to enable them to make an informed choice.

While admitting that the media landscape is dominated by both consequential and inconsequential issues, he appealed to the media to shape consensus on the election of MMDCEs, which, he said, was in the national interest.

Mr Monney wants the media to mobilise the citizens to go out in their numbers to vote massively in support of election of the MMDCEs.

With a little of over three months left to go to the polls, he wants media content to be heavily dominated by the election of MMDCEs.

The GJA president stated that resounding positive response would be a clear indication that Ghanaians are ready to elect MMDCEs in 2021.

Kojo Impraim, Project Manager, GJA-Star Ghana Project, said the margin between elected officials and development is closer than that of appointed officials.

For him, the election of MMDCEs is about local development, and should, therefore, not be seen with political lenses.

Ghana has implemented the current decentralisation and local government system since 1988.

Though significant progress has been made, there are a few grey areas that require improvement for participatory governance and local democracy to be deepened.

One of such grey areas is the need to popularly elect Metropolitan, Municipal and District Chief Executives (MMDCEs) on partisan basis to be in tandem with the mode of electing national level leaders.

For this to happen, government has presented to Parliament a bill on the amendment of some articles in the 1992 Constitution.

The amendments, when passed, will allow Ghanaians to vote for MMDCEs.

The articles slated for amendment are Article 243 (1) on the appointment of MMDCEs by the President and Article 55 (3), which prohibits the involvement of political parties in district level elections.

Amendment bill of Article 243 (1) before parliament

The amendment bill of Article 243 (1) on appointment of MMDCEs has been approved by Cabinet, gazetted, laid in Parliament and has been referred to the Constitutional, Legal and Parliamentary Affairs Committee of Parliament.

The Electoral Commission (EC) has confirmed that the District Level Elections (DLE) and the referendum on election of MMDCEs on partisan basis would be held on the same day, December 17, 2019.

Turn out at local and national elections

Ghana has recorded an average of about 38-40 per cent voter turnout at district level elections over the years as compared to the presidential and parliamentary elections, which were between 75 and 80 per cent.

By law, it is expected that about 40% of the people will turn out for the election, with about 75% positive response for the referendum.

The GJA, in partnership with civil society actors, is carrying out an integrated set of media interventions in order to strengthen the seemingly weak collaboration between the two institutions.

The GJA anticipates that the project will contribute to improving citizens’ access to information on public policymaking and implementation, and add value to the livelihoods of citizens, especially the vulnerable, marginalised and socially excluded persons in the communities.

Journalists and CSOs are expected to build capacity on critical local governance issues such as the constitutional review processes of the district assembly election, proposed election of Metropolitan Municipality and District Chief Executives (MMDCEs), as well as the creation of new regions/districts.