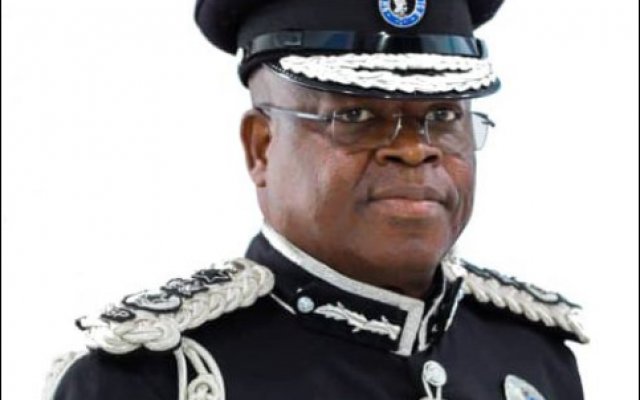 The Inspector-General of Police (IGP), Mr. James Oppong-Boanuh has reminded the Association of Bankers to provide fortified armoured vehicles for carting currencies by the close of June, 2021, or the police will withdraw its officers from escort duties.

The Police Service says the provision of fortified armoured vans has been agreed with the Association of Bankers.

The call followers Monday morning’s armed attack on a bullion van at Adedenkpo, a suburb of James Town in Accra that cost the life of a police man and a trader.

Armed men on motorbikes crossed the van and shot at the policeman and the driver, but the latter survived, while two other ladies on the van escaped unhurt.

A statement issued by the Police Service Monday evening said the IGP has directed the Director-General of the Police CID to take over investigation into the attack.

“Preliminary investigation shows that unidentified armed men on a number of motorbikes crossed the bullion van which was on a pay/collection errand at about 1100 hours and shot at the police officer who was on escort duty on the van, killing him instantly. The armed men also fired sporadically in the air and on the driver, who sustained gunshot wounds and is responding to treatment. A hawker was also killed by the armed men when one of two ladies on the bullion van stepped out of the van and run towards the deceased seller’s direction. Both ladies on the van, tellers of Mon-tran escaped unhurt but were sent to the hospital to be treated for trauma. Crime scene experts have already visited the scene of crime and are going through the necessary procedures.”