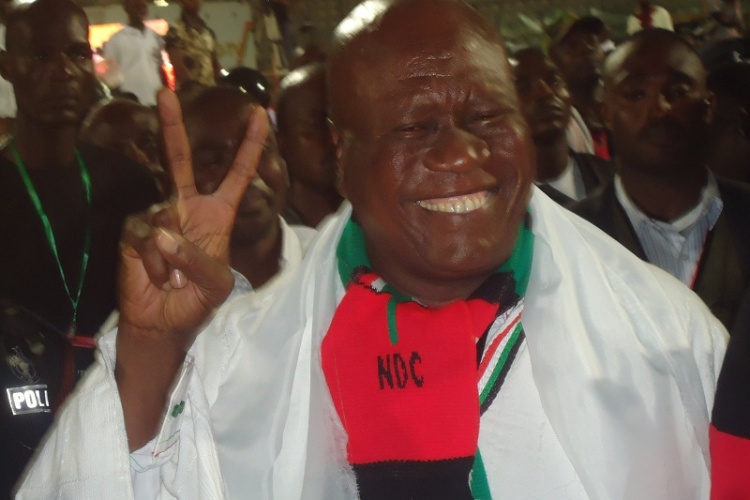 With barely a few weeks to the national delegates conference of the opposition National Democratic Congress (NDC), some party members and supporters are up in arms against the party’s current National Chairman, Kofi Portuphy, asking him to apologise to the party for its abysmal showing in the 2016 general elections.

The agitated members and supporters who spoke to BestNewsGH.com at the party’s national headquarters when candidates vying for the various national executive positions went to file their nominations described the tenure of the current national chairman of the party as a monumental failure leading to his decision not seek re-election in the party’s upcoming national delegates conference.

According to them, the failure of the party to beat the then opposition New Patriotic Party (NPP) in the 2016 elections with all the resources at its disposal including the advantage of incumbency is an indication that the Kofi Portuphy led administration has been a big disaster.

The NDC members and supporters who were reacting to Mr. Portuphy’s decision not to seek re-election as national chairman of Ghana’s biggest opposition party said the signs are already clear to the national chairman that his time is up and that he must make way for a new crop leadership that will reorganise the party and catapult it to victory in 2020.

‘’It is very clear to the current national chairman of our great party that he and the other national executives have been a monumental failure to the party and by extension the country at large. They had whatever it will take for a serious political party like ours to win the elections hands down. But what did we see? Have you seen him here? He is aware that we are very bitter that he led us into opposition.’’ They told BestNewsGH.com on condition of anonymity.

According to them, Mr. Portuphy would have tasted a very humiliating defeat at the conference, adding that his decision not to seek re-election was well calculated in order to save him from shame.

‘’You can even see the number of national vice chairpersons itching to occupy his position. It is an indication that they all agree that his leadership was very bad and without the slightest effect on the party. Those aspiring to his space have the benefit of hindsight and will hopefully do better by taking us to the Promised Land’’ they added.