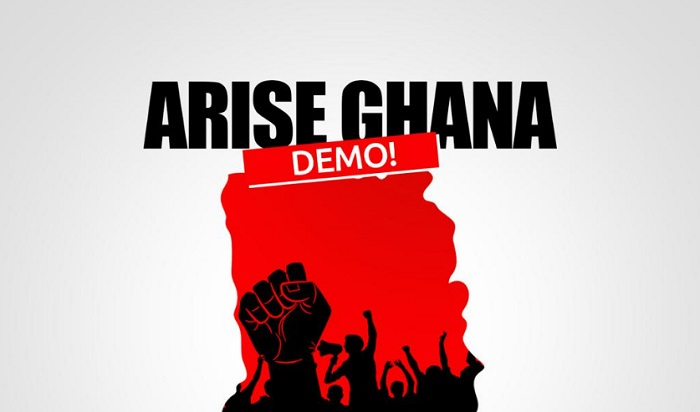 The Ghana Police Service says it expects the courts to give directions today (Monday, June 27, 2022) on whether the two-day demonstration led by Arise Ghana, including picketing the precincts of Jubilee House into the night, should proceed as planned.

Arise Ghana is mobilising the public for the demonstrations in Accra beginning 3pm on June 28, breaking at 10pm before resuming in the morning of the next day, June 29.

The demonstration is to protest “persistent and astronomical hikes in fuel prices” and their attendant “excruciating economic hardships on Ghanaians”, the imposition of E-Levy, the grabbing of State lands by officials and the de-classification of huge portions of the Achimota Forest reserve, increased police brutalities and state-sponsored killing of innocent Ghanaians, as well as demand a full scale and bi-partisan parliamentary probe into COVID-19 expenditures, and the total cancelation of the Agyapa deal.

According to the police however, “In order to adequately ensure the safety of demonstrators and other members of the public” it had asked the organisers to rather start the demonstration early and end it before nightfall, but they refused to change the plans.

The Police issued a statement Sunday explaining its misgivings about the time of the demonstration and the location for the picketing.

“Due to the lack of agreement between the Police and the organisers on the time for the demonstration and location for their planned picketing, the Police have had no option but to submit the process to the court for a determination. This was duly communicated to Arise Ghana in a letter on June 22, 2022.

“The case has since been filed at the court and the hearing is scheduled for tomorrow Monday, June 27, 2022.”

Responding to the restraining orders applied for by the police, a member of Arise Ghana and second respondent in the police application, Bernard Mornah, said the reasons canvassed by the Police are contrived with the sole purpose of denying citizens their constitutionally guaranteed right to demonstrate and express their views, and urged the court to deny the application.

Mornah also averred that the application had been brought in bad faith and in breach of an agreement reached by the parties, and granting it will only empower the police to use the court as a tool to impede and frustrate the exercise of the constitutionally guaranteed rights of citizens.