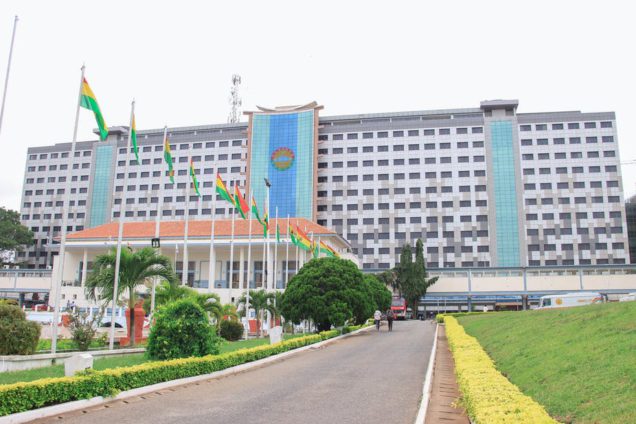 The Police has secured an injunction from an Accra High Court to indefinitely prevent a group from picketing on or anywhere around Parliament.

Last week, the group, Justice for Ghana announced its intention to indefinitely occupy the forecourt of Parliament on Wednesday, as part of its protest against the 2022 budget.

But in a statement on Tuesday, the Police said they have secured a court order to restrain the group from occupying Parliament and its surroundings.

According to the Police, the decision was necessary to safeguard the security and public health of MPs, the general public and demonstrators. 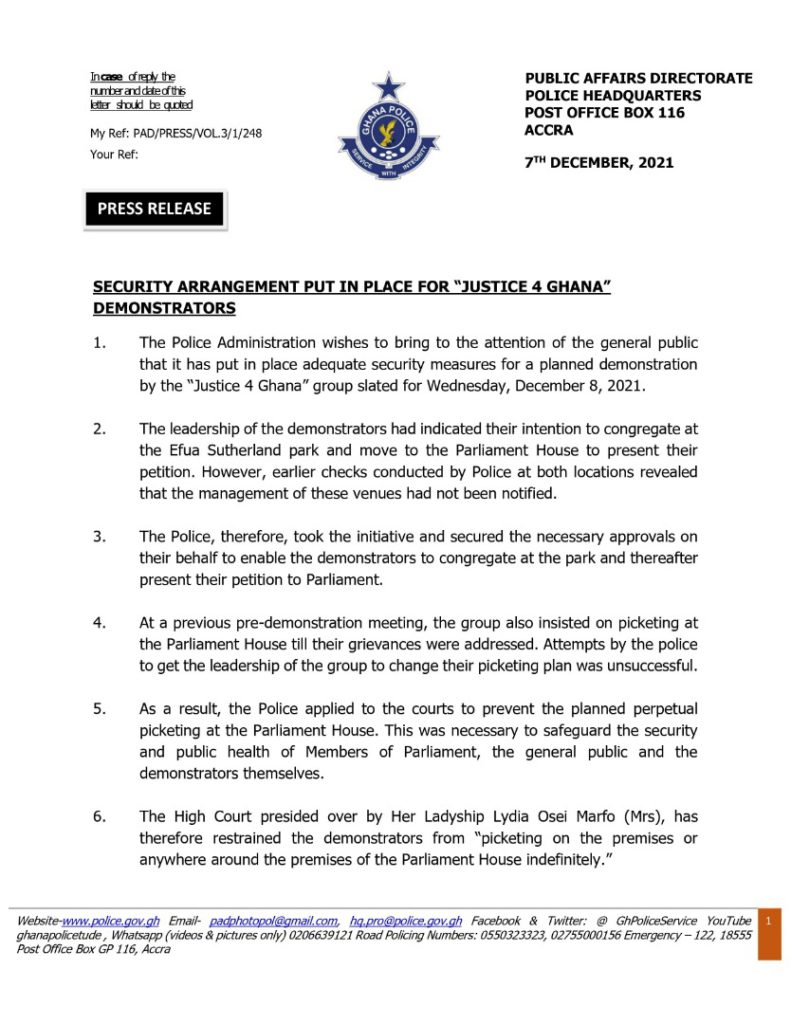 The statement, however, noted that the Service had put in place adequate measures for the planned demonstration except the premises of Parliament which the group had earlier indicated they will occupy.

Convener of the group, Bernard Mornah Speaking on Top Story on Thursday said, “We will be there. People will come, others will be joining us from the Regions and some communities as the days go by. I can assure you that region by region, every day, people will move from one region to come and join.”

Justice for Ghana wants a complete withdrawal of the e-Levy from the budget.

After a meeting with the Police on Thursday, December 2, 2021, the group said they have been assured security for a peaceful protest.