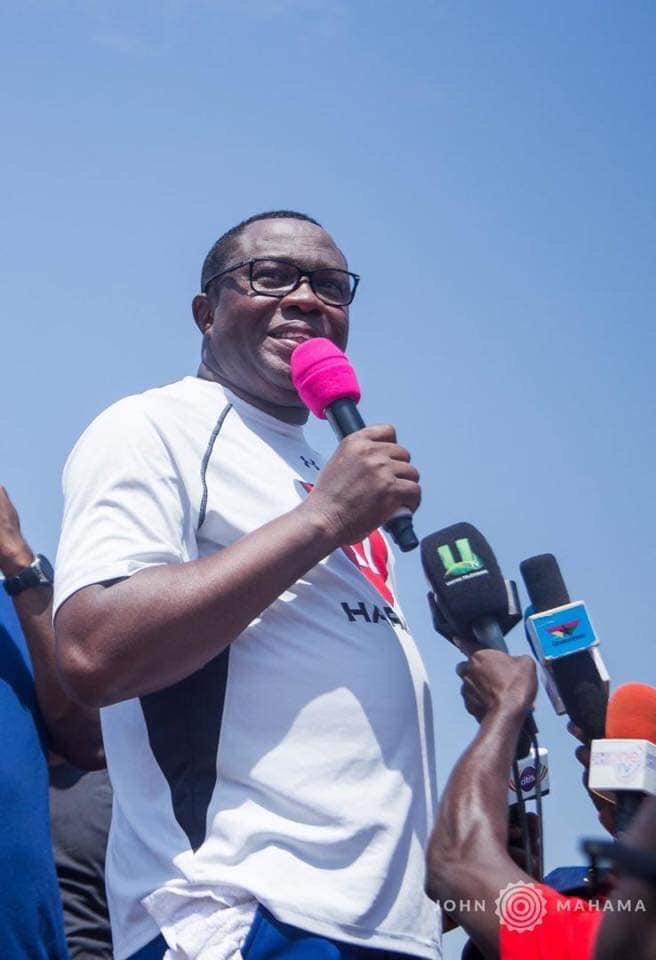 National Chairman of the opposition National Democratic Congress (NDC), Samuel Ofosu Ampofo has revealed that the Criminal Investigations Department (CID) of the Ghana Police Service first invited him to answer questions on the explosive leaked audio linked to him via Whatsapp.

According to him, he is lacing his boots to appear before the CID with his team of lawyers tomorrow Monday, March 4, 2019 to answer any questions they have for him regarding the leaked audio which has been described him and the NDC.

“I want to assure you that the NDC Chairman has not run away from anybody. When we finish thanking God on Sunday, on Monday, our lawyers have informed the CID that the National Chairman of the NDC will come to the CID headquarters to answer any questions that they want. By eight O’clock, we are there and, so, I want to assure them that the peaceful Chairman, the peaceful party will respond to their call even though they first invited us through WhatsApp’’ he wrote.

In a statement he authored, the NDC Chairman described himself as peaceful man who has no track record of winning his election to be NDC chairman through violence.