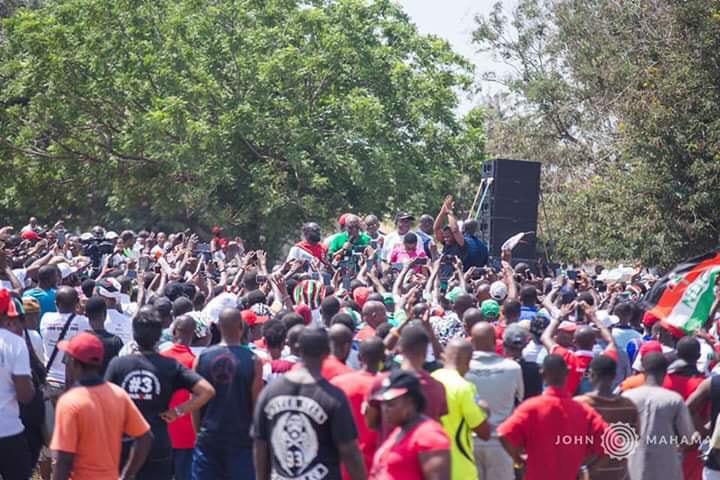 Presidential Candidate of the opposition National Democratic Congress (NDC), John Dramani Mahama has called for calm and candour during the election of the party’s parliamentary candidates for the 2020 elections.

According to the former president, the election of parliamentary candidates has often been acrimonious, adding that it has always remained a sensitive issue.

Mr. Mahama who was address party supporters at the Elwak sports stadium in Accra after the NDC thank you walk said “the hard work is just beginning, we have to choose our parliamentary candidates. We know that, that is a sensitive matter. Often when we have held primaries for the parliamentary candidates and one has won, the other decides he doesn’t accept the results and decides to run independent; that has been the cause of us losing many constituencies. We’re going to make sure that these parliamentary primaries are held as peacefully and with consensus as we have done in the presidential primaries, so that we shall come out of the parliamentary primaries as one’’

Mr. Mahama expressed confidence that the NDC will win majority seats in Parliament in 2020 and challenged the party’s members and supporters to work at ensuring absolute unity going into the elections.

The NDC currently occupies 106 of the total of 275 seats in Parliament.