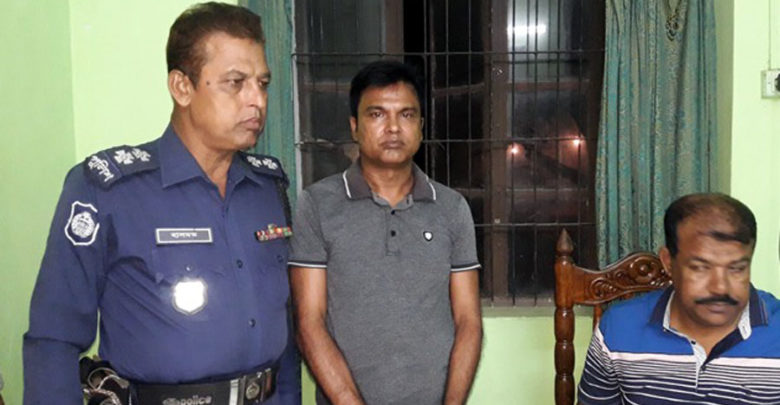 A man has been arrested for marrying 60 times in the last 25 years.

The arrested is Abu Baker, 45, son of Badshah Mia from Shobharchar village of Goyalerchar union in Jamalpur district.

He was arrested Sunday night.

Police said he is known in his area as “Baker teacher.” He married for the first time at 20 years of age. He has married 60 times in his 45 years of age, using fake documents showing him as unmarried, widower, etc.

He was arrested in a case filed with Purbadhala police station by his 60th wife, Rosy Khanum.

Getting married to Rosy in August, he had used fake documents. In the documents his name was Shaheen Alam, son of Akram from Kutuberchar village of Shadhurpara in Bakshiganj upazila, Jamalpur district.

After getting married to Rosy he had asked her father for Tk2 lakh as dowry but her father declined. Later, he took Tk80,000 from his father-in-law and ran away.

Teacher Baker said even though he married 60 times, he only has seven children. He married only for money and later divorced his wives. He always used fake documents and never included his actual address in Islampur upazila. Baker lived at his own residence with his first wife Sazeda Begum, two other wives, and seven children.