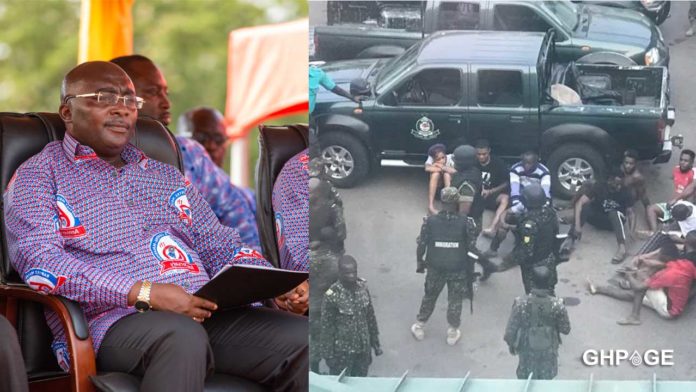 Yesterday, it was reported that some armed robbers had broken into the house of the Vice President Dr. Mahamudu Bawumia at Kperiga in Walewale in the West Mamprusi District of the North East Region and made away with some belongings.

Even though the Ghana Police in the area have confirmed the break-in by the robbers, they failed to reveal how it all happened.

But a close source has revealed that the thieves made away with television sets, decoders and other valuables after scaling through the wall and forcibly breaking into the rooms.

In a new development, the Walewale Divisional Police Command in the North East Region have arrested four (4) persons for allegedly committing the act.

From the source, the suspects were arrested upon a tip-off by some people in the area.

It has also emerged that Dr. Bawumia’s house was not the only house that the suspects robbed that night as some other five homes were also raided.