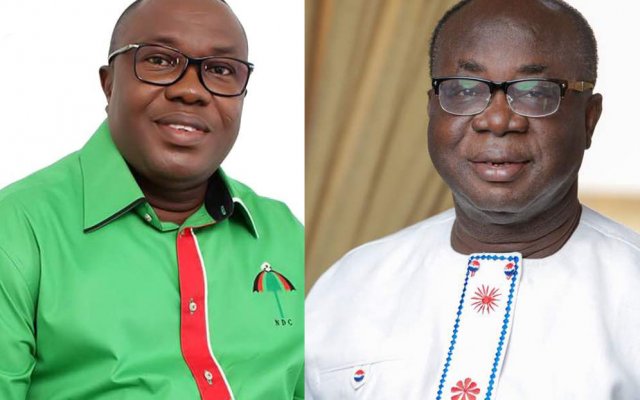 Leaders of the two main political parties – New Patriotic Party (NPP) and the National Democratic Congress (NDC) – have reached a consensus on the need for the National Peace Council (NPC) to provide a working document on a roadmap to eradicate political vigilantism in the country.

The working document is expected to be ready in four weeks, and will be based on the contributions of technical experts, two main political parties, as well as reports from stakeholders on eradicating political vigilantism.

The decision was reached after a two-day closed-door meeting between the two parties, which ended on Tuesday.

The communiqué, which was issued after the meeting, also spelt out a draft code of conduct that had been designed by the NPC to be considered as one of the deliverables in the preparation of the roadmap.

The meeting, which took place at Peduase, near Aburi in the Eastern Region, was attended by top officials of both parties, including John Boadu, General Secretary of the NPP and Johnson Asiedu Nketia, NDC’s General Secretary.

The Director of the Faculty of Academic Affairs and Research at the Kofi Annan International Peacekeeping Training Centre (KAIPTC), Dr. Kwesi Aning, urged stakeholders to anticipate tension as part of efforts to demobilise or disband vigilante groups.

He said a discursive analysis of rhetoric and language over the past 36 months showed reluctance to demobilise or disband groups, who portrayed themselves as powerful entities that represent the voice of the people.

He also identified a gap between what leaders of political parties did and said against the behaviour of supporters which was either due to wrong communication or improper information flow from top to down.

“We need to think through technical and specific interventions to ensure messages are couched in a manner that the process does not get out of hand,” he said.

Dr Aning called for the studying of the process to include the local context, opposing forces and external imperatives that may destabilise the process.

“The process of disbandment should be situated within the broader political context of West Africa, which depict a signal of a ready market for young people who were often frustrated, well organised and knew how to use violent tools.”

He also called on political actors to use language that would promote consensus building.

Spokesperson for the National Chief Imam, Sheikh Armeyaw Shuaibu, for his part, called on political actors to reflect on the purpose of politics and genuinely question their commitment to the peace, security and wellbeing of Ghanaians.

“Pursue the politics of conscience, ethics and morality in seeking the political authority to render service to the majority of people who are underprivileged,” he said.

“These include providing support to members of disbanded groups to find alternative livelihoods, tackling inequalities within the political system by taking strong action against corruption, doing away with the winner-takes-all system and making the police an independent institution.”

He also urged politicians to shun the blame game and work comprehensively to tackle the menace.