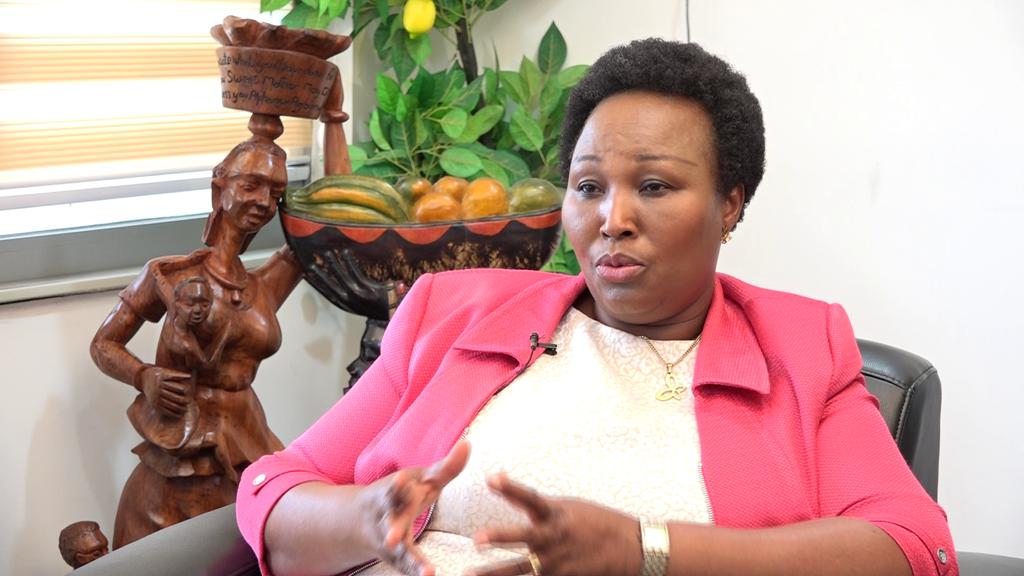 The General Manager, Marketing and Corporate Affairs of GPHA, Mrs. Esther Gyebi-Donkor has disclosed that the Port Authority’s processes are 99% paperless.

Speaking in an interview with Eye on Port to assess the one year implementation of the paperless system at the Ports of Ghana, she revealed that with the integration of GPHA’s IT systems with GCNet, information from shipping lines, manifest, and GPHA’s billing system have all been made electronic.

She added that associated banks, ECOBANK, and ADB are also integrated into the GCNet system so their information is also acquired electronically.

However, she noted that strategies are being undertaken to enable customers pay remotely, online instead of walking to banks to make physical payments.

The General Manager of Marketing and Corporate Affairs, admitted that consolidated cargoes are not captured currently in the paperless system and charged stakeholders especially the Customs division of the GRA to make provision for defining the inspection of consolidated goods, in the paperless process, to ensure maximum efficiency.

She said GPHA is putting in place a system to allow importers to access information and the amount of handling charges to be paid to create a transparent system for importers and the trading public.

Mrs. Gyebi-Donkor added that, the occasion that characterizes paper processes is when there are challenges in receiving payment information from the banks, whiles payment has been made by customers. She said it is in this instance that customers are required to provide hardcopies of invoices.

She further indicated that, though to a large extent GPHA’s processes have been paperless, there is still a lot more to do in order to perfect the system.

The paperless clearance directive by the Vice President, Dr. Mahamudu Bawumia, according to her, has been advantageous to the port and trade industry. She said, the major objectives of port efficiency and customer satisfaction have seen significant improvement.

“The Vice President led the team to ensure that the complaints that have been coming from the users of the port in the past years are resolved to the extent that they can reduce the cost of doing business at the port,” she said.

Mrs. Gyebi-Donkor, has however identified that the short notice of the directive before implementation created some initial challenges in piloting a flawless process.

“If you recall, the Vice President declared this directive on the 17th of May and he gave us, all the stakeholders a roadmap to go on 2nd of August and implementation started 1st September. So, it was a bit tight. We had to do a lot of work preparing and trying to interface the various systems so that we can have a seamless flow. It was a bit tough,” she indicated.

“The containers that we have handled through the port have been abnormally high. The area we have attributed to the paperless, is the fact that so long as the red, the green, the yellow and we have a number of greens that are not going to go through that thorough physical examination, to delay the number of containers we can deliver per day, it goes to turnaround a lot of containers, in order to handle more,” she expressed.

The General Manager, Marketing and Corporate Affairs, Mrs. Gyebi-Donkor encouraged all the stakeholders participating in the port clearance process to be committed while pursuing the perfection of the paperless system.