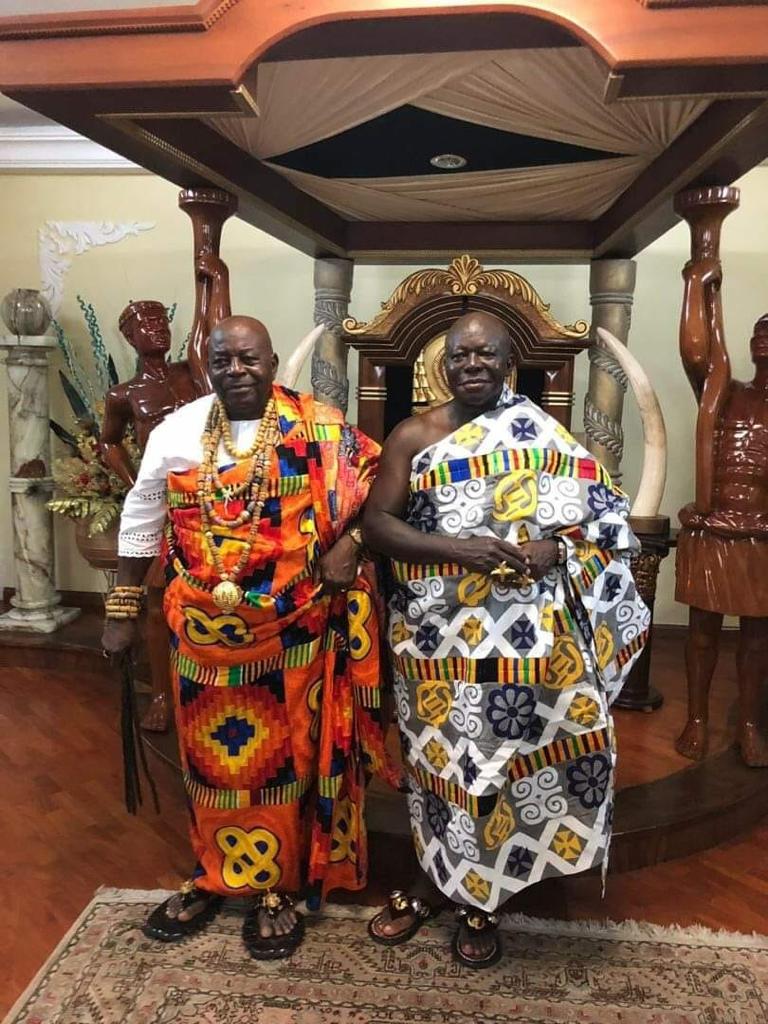 The Asantehene, Otumfuo Osei Tutu II has taken politicians in the country to the cleaners, accusing them of being the cause of divisions and tribalism in the country.

According to him, the country was closely knit and was united until the emergence of party politics with the attendant polarization of the hitherto peaceful atmosphere.

The Asantehene who was speaking during the Akwasedae celebrations at the Manhyia Palace where he invited the Awomefia of the Anlo State, Togbi Sri III as the special guest of honour, called on politicians to refrain from dividing the nation through their pronouncements.

‘’Asantes and Ewes are one people. When I became the Otumfuo I have continuously sought peace for Ghana and Asanteman and so whatever we will do to achieve peace and unity for Ghana, that is my heart’s desire. It is true that I am the Asantehene but if any evil befalls an Ewe or a Dagomba it affects me too’’ he said.

Otumfuo Osei Tutu II continued ‘’the chieftaincy institution had long been in existence before politics came into being with the concomitant lies, fabrications and propaganda seeking to destroy the hitherto health relations between Asantes and Ewes as well as other tribes and I don’t know where all this is coming from’’ Otumfuo opined.

He described as lies and fabrications, assertions that he invited Togbe Sri to join in the Akwasedae celebration because President Nana Addo Dankwa Akufo-Addo has told him to do so, to enable them resolve matters between the Asantes and Ewes, noting that it is not true.

He urged them to work at uniting the country, burying their differences and ensuring a prosperous Ghana.