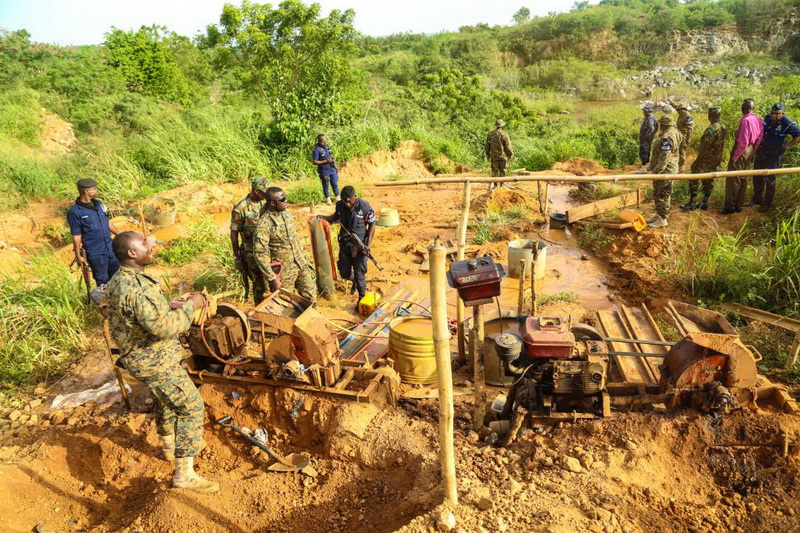 The ruling New Patriotic Party Member of Parliament for Assin Central Constituency in the Central Region, Kennedy Ohene Agyapong has taken a dig at soldiers who were appointed Members of the anti-galamsey task force, saying they disgraced government while on that mission.

According to him, the army men went into the job with a mindset of making money through looting of cash and other items from suspected illegal miners.

This he intimated has brought some amount of scorn on the government, thereby disgracing it and failing on the mandate that was given them.

Mr. Agyapong who was speaking on an Accra based Television station and monitored by BestNewsGH.com said the task force has been a total failure and have been compromised, adding that they have been a drain on the finances of the country.

“I don’t trust the inter-ministerial taskforce on illegal mining to recruit another set of soldiers and police men to go and ensure that as the ban on illegal mining is lifted, the miners do not pollute the water bodies. They will do the opposite. Yesterday one soldier man came to me and said he wanted me to push for him to be included in the new task force that is being assembled to follow up and ensure that the right thing is done and that when he goes whatever money there is he will also get some. I told him off right away that I won’t help him because he is going there with the mind to make money. I sent him away” he said.