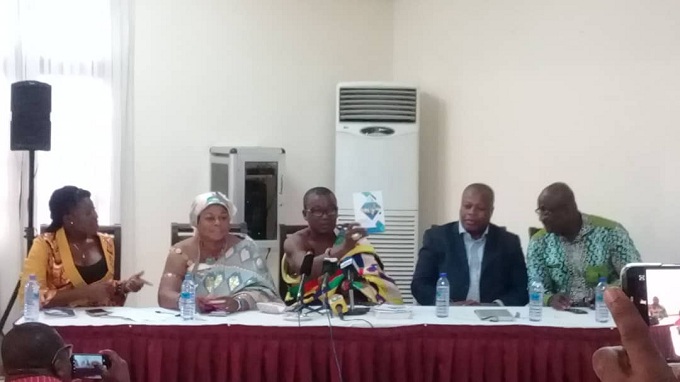 A research conducted by the Oilwatch Ghana, an environmental non-governmental organisation, has called for a national conversation on the effects of oil exploration on fishing, and to find solutions to its existing and potential challenges.

The research recognised that although both the oil and fisheries sectors are critical to the country’s socio-economic development, oil exploration is having an adverse impact on the fisheries sector.

The research also seeks to find solutions to how both sectors can co-exist peacefully; its findings and recommendations have been put into a 68-page book authored by the Coordinator of Oilwatch Ghana, Noble Wadzah, in partnership with the Friedrich Ebert Stiftung.

The book was launched in Accra and is titled ‘Understanding the oil and fisheries interface: Perspective from Ghana’.

Addressing participants at the book-launch, Noble Wadzah stated that the book is the product of a study and that study was triggered by the need for us as a country to do more in the fisheries sector. The fisheries sector is huge, and a big part of our population depends on that sector for survival and livelihood.

“We should understand that fisheries contribute not less than one million dollars to this country over time. It also provides employment for not less than 10% of the population directly and indirectly. So, care must be taken to make it flourish,” Mr. Wadzah stated.

The research findings stated there is a growing decline in fish catch, which it attributed to the noise from heavy machines and chemicals discharged into the sea during oil exploration.

It also explained how the noise scares the fish, causing them to move to distant locations.

Other challenges include high cost of living in oil production fishing communities, due to the increasing middle-income population and migrants’ intrusion into the oil communities triggering high demand for goods and services.

In terms of social impact, the research found that oil production has become an incentive for migration into oil exploration communities and districts – putting pressure on accommodation, land, health facilities, schools and other goods and services in fishing communities.

In its recommendations the research underscored the need for sensitive and rich fishing grounds to be kept free from oil production, and seismic activities should be avoided during sensitive fishing seasons.

“Policies, institutions and regulatory bodies pertaining to oil and fisheries must be critically examined to identify gaps and address them,” it recommended.