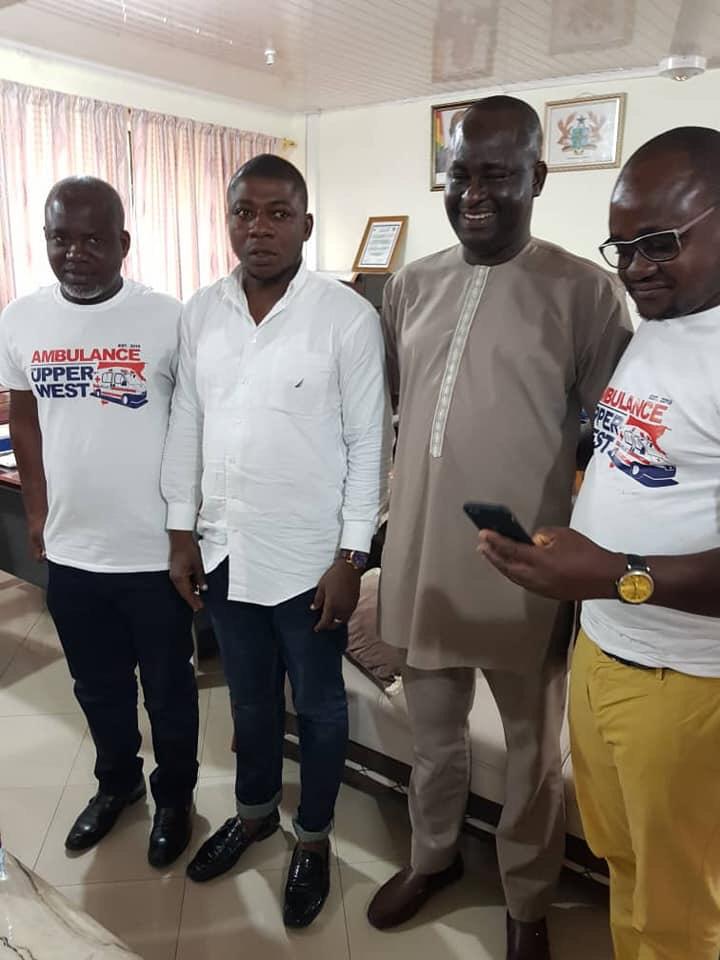 The official launch of ‘get ambulance for Upper West’ has been slated for tomorrow, Tuesday April 30, 2019 at the New Regional Library in the Upper West Regional capital, Wa.

Get Ambulance for Upper West is the creation of a group of young people from the region who have come together with the cardinal objective of raising funds to procure an ambulance for the Wa Regional Hospital.

The campaign which has been ongoing with street walks to create awareness and solicit funds for the purpose for some months now, will be launched officially tomorrow to pave way for the fund raising proper.

The campaign was necessitated by the fact that there is no single ambulance in the regional hospital to tackle emergency cases, a situation that attracted the attention of the youth who are from various professional backgrounds.

Promoters of the campaign are emphatic that it is not a political or religious movement, but one that has the sole aim of fulfilling a communal duty to the people of the region.

The campaign has also received the tacit endorsement of the political, religious, traditional and business leadership of the region who describe it as a noble idea that seeks to improve healthcare delivery in the region.