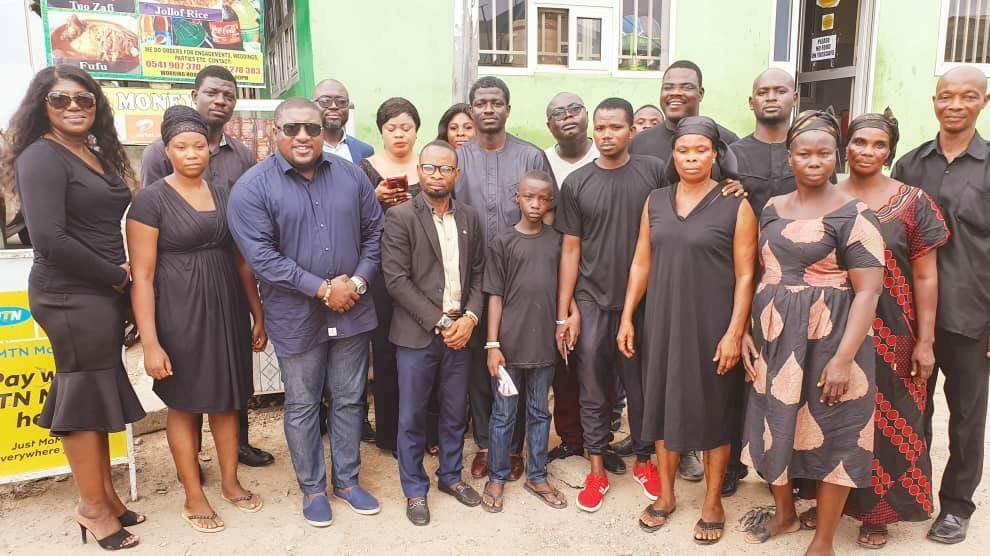 The National Youth Organizer of the ruling New Patriotic Party (NPP), Henry  Nana Boakye and the leadership of the Let My Vote Count Alliance (LMVCA) have visited the family of the late Justice Adzakuma, the man who lost his eye during the LMVCA demo in the lead up to the 2016 elections.

LMVCA convener David Asante and Dr Agnes Adu among some other leaders of the LMVCA who were joined by Nana B as the NPP National Youth Organiser is popularly known expressed shock at the passing of the Mr. Adzakuma.

The deceased was an activist of the NPP who suffered  Police brutality in the famous  LMVCA  demonstration of  2016, leading to the loss of one of his eyes

He has been described by Mr. David Asante as a passionate activist who contributed immensely to the cause of protecting the rights  and freedoms of the Ghanaian voter.

‘’The National Youth Wing of the NPP and LMVCA is saddened by his demise  and we sympathize with the family of our late brother for this huge loss’’ they said during the visit.

The assured the family of the support of the Party before, during and after the burial of the deceased who died last week at a health facility in Accra.