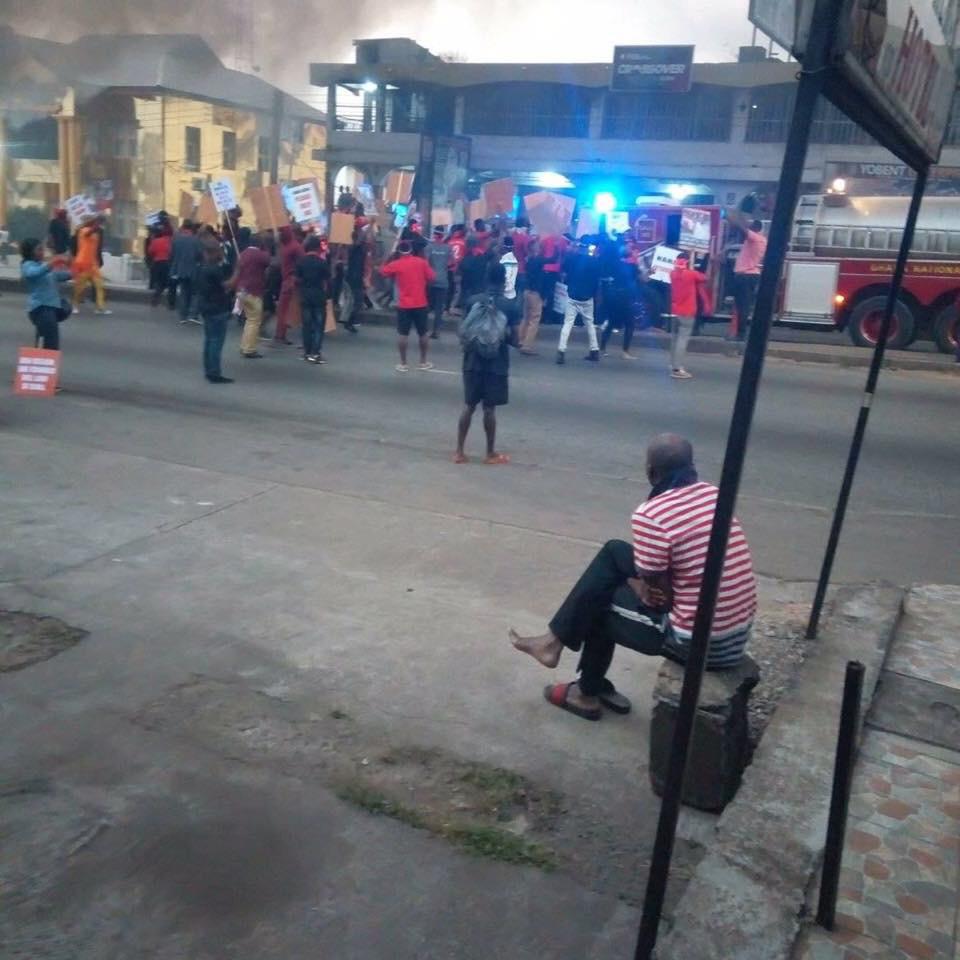 Angry Customers of distressed gold trading firm, Menzgold Ghana Limited says the current ruling New Patriotic Party (NPP) risk going into opposition and staying there for as long as 30 years should president Nana Addo Dankwa Akufo-Addo fail to intervene and help them retrieve their investments from the company.

Describing the president and the Minister for Finance Ken Ofori-Atta as greedy people, the aggrieved customers said the government has deceived them and the Ghanaian people with its flagship Free Senior High School policy, adding that, the policy alone does not guarantee an automatic victory for the NPP in the 2020 elections.

The customers who early today, Tuesday January 8, 2019 stormed the Amakom branch of Menzgold in the Ashanti Regional Capital, Kumasi , burnt car tyres  amid chaos, threatening fire and brimstone while warning the government to get their monies back from Nana Appiah Mensah, the Chief Executive Officer of Menzgold for them or face their wrath.

They took the action as early as 5 o’clock in the morning today.

The customers assembling from Kumasi, Tarkwa and Accra among other places also accused the president of showing gross indifference as far as the Menzgold saga is concerned.

One of their leaders, known only as Mr. Agyarko was emphatic that they would continue to pile up pressure on the government and President Akufo-Addo until they get a favourable response from him. 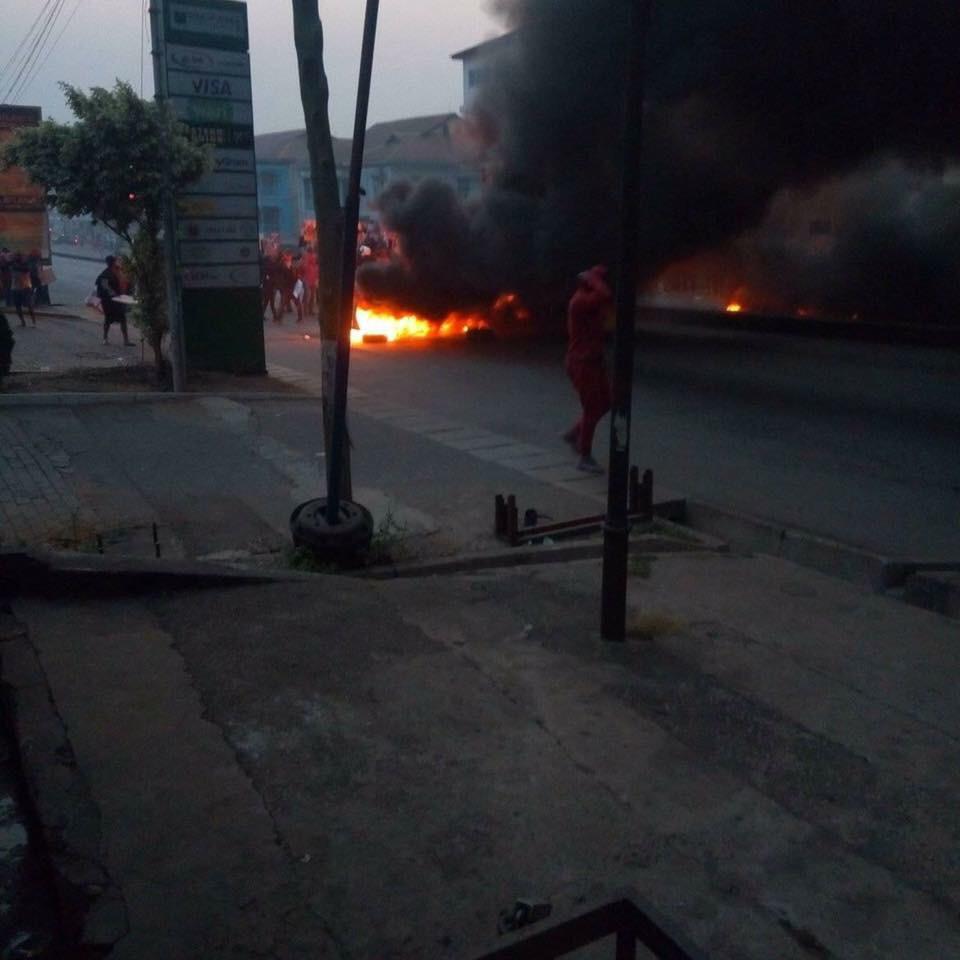