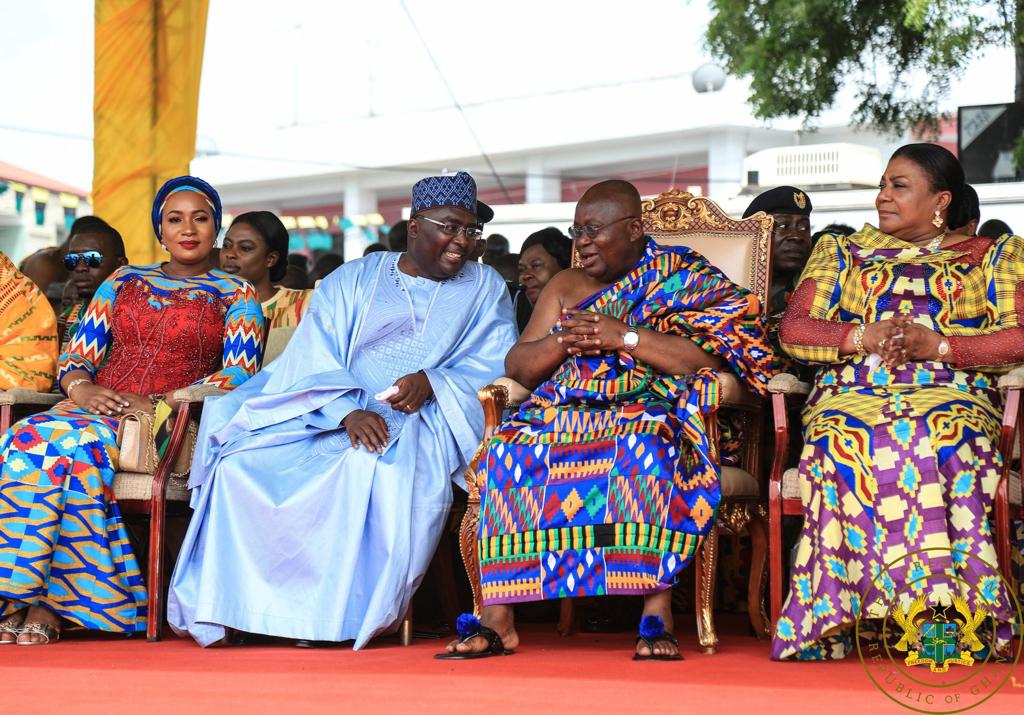 The ruling New Patriotic Party (NPP) will be re-elected in the 2020 Ghana election, the Economist Intelligence Unit predicts in its latest report.

The largest opposition National Democratic Congress (NDC) is presenting former president John Mahama while the governing party is yet to pick a flagbearer although it looks likely president Akufo-Addo will contest for a second term.

“Nana Akufo-Addo, the president, and his NPP will see the country’s economic situation generally improve during the remainder of their terms of office. In the presidential election, it says Akufo-Addo will face a challenge from John Mahama— Ghana’s president from 2012 to early 2017, who was elected leader of the opposition NDC in February 2019,”Citinewsroom.com quoted portions of the report released on May 13 2019.

“The 2016 legislative election was won by the NPP; and the campaign was dominated by the faltering economy, which many Ghanaians still associate with Mr Mahama,” the report said.

“The Economist Intelligence Unit believes that it will be difficult for the NDC under Mr Mahama to portray itself as the better custodian of Ghana’s economy, especially as the country’s growth outlook is fairly strong.”

Further, the report noted it “expect Mr. Akufo-Addo and the NPP to secure re-election in 2020. They however noted that, if the NDC can present a coherent opposition and hold the NPP to account on unfulfilled campaign promises particularly on job creation and industrialisation, where progress has been generally slow and success patchy—the election could be closely contested.”

The EIU report, which is an outlook of Ghana for 2019 to 2023, did not only present findings on its election watch, but also analysed Ghana’s political stability, international relations, policy trends, fiscal policy, monetary policy, inflation, exchange rates and general economic growth.

On political and economic outlook, the EIU report said Ghana’s overall political stability is not in question, but the contested political landscape will continue to aggravate tensions between the ruling New Patriotic Party (NPP) and the opposition National Democratic Congress.

It says the NPP’s ambitious industrialization programme will enjoy some success, with ongoing investment expected to continue, but progress will be hampered by structural weaknesses and regional imbalances within Ghana.

It also noted that rising oil and gas production will support real GDP growth in the 2019-23 forecast periods.

“The government’s industrialization push and moves to strengthen the banking sector will benefit non-oil economic growth, although credit is still relatively scarce. Inflation will remain high in 2019, at a forecast average of 9.6%, given a weakening currency and strong growth in private consumption. The rate will remain close to the upper bound of the official 6-10% target range in 2020-23, for similar reasons. The cedi will remain prone to periods of volatility, given the ongoing domestic economic weakness of a high dependence on commodity prices.

The Economist Intelligence Unit forecasts that the current account will shift from an estimated deficit of 1.8% of GDP in 2018 to a surplus of 1.1% of GDP by 2023, owing to rising oil exports over the forecast period.

The EIU report said Ghana’s underlying political stability is expected to endure over the forecast period, despite an acrimonious party-political landscape. The two dominant parties—the ruling New Patriotic Party (NPP) and the National Democratic Congress (NDC)—have alternated in power since the return of multiparty politics in 1992, and their rivalry will remain the key feature of the political scene.

It said instances of intimidation and violence between their supporters reported at recent general elections, are likely to continue, although such incidents are very limited outside election campaigns, and are not expected to lead to broader unrest.

It said “corruption in the public sector remains endemic and a source of anger among the population. In February 2018 a special prosecutor, Martin Amidu, was sworn in, with the remit of reducing graft. Progress has not yet been reported, but pressure to reduce corruption will rise ahead of the 2020 elections. Failure to address this issue could weigh on voter confidence in the political system, although such grievances are relatively low-level.”

It said despite the trend of public appointments on the basis of party affiliation, which is one of the reasons for the oversized government team of over 110 ministers, there are fewer opportunities at the lower levels of politics, which may cause resentment among the party ranks and could depress voter turnout as members at grass-roots level play a key role in local campaigning.