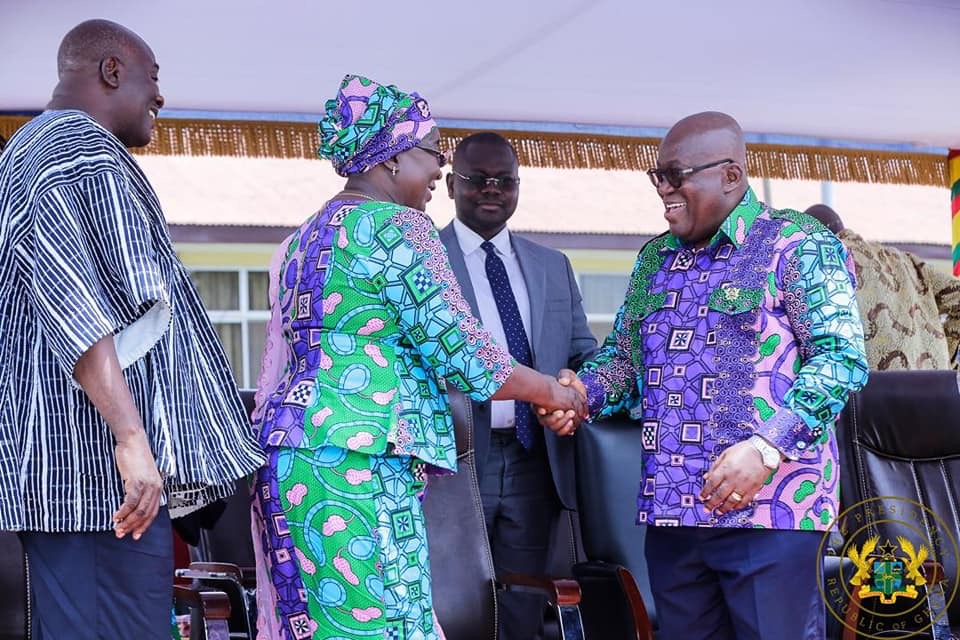 The President, Nana Addo Dankwa Akufo-Addo, says the last 21 months, the time in office of his administration, has been inspiring, and has impacted positively on the life of every Ghanaian and in every part of the country.

According to President Akufo-Addo, “We have shown, over the last 21 months that the destiny of Ghana is safe in our hands. We have proven, by all accounts, to be good managers of the Ghanaian economy, and we have made significant progress in all aspects of our nation’s life.”

President Akufo-Addo made this known on Wednesday, 3rd October, 2018, when he addressed a conference held for Metropolitan, Municipal and District Chief Executives at the Institute of Local Government Service Campus, at Obgojo in Accra.

“Whether it is in the economy, where we have increased the GDP growth rate from 3.6% in 2016 to 8.5% in 2017, and have engineered a decline in inflation and interest rates; or in education, where we have implemented the Free Senior High School policy, which has enabled 270,000 more Ghanaian youths to access Senior High School, than they otherwise would have done,” the President said.

He noted that, in health, his administration has revived the National Health Insurance Scheme, so that the NHIS card is, once again, meaningful; “or in agriculture, where we have instituted the programme, Planting for Food and Jobs, which ensured that, this year, we did not import a single grain of maize into the country.”

In spite of these modest successes, the President reminded the MMDCEs that “if you who are gathered in this room do not perform creditably in the next two years, then our best efforts will come to naught.”

President Akufo-Addo urged for effective partnership between Metropolitan and Municipal Assemblies, which are in close proximity to each other and located in one functional geographical area, as they represent the best way to dealing with issues such as sanitation, transportation, disaster management and security, amongst others.

“Currently, such a system is being implemented in the Accra Metropolitan Area. Together, the Accra Metropolitan Assembly, and some municipal assemblies in Accra, are working to deal with the vexed issue of sanitation. This collaboration has achieved significant results so far. The heaps of rubbish that were once permanent features in the assemblies in question are no longer in existence,” he added.

President Akufo-Addo urged the MMDCEs to also pay particular attention and help in the effective delivery of the country’s flagship programmes such as Free SHS, Planting for Food and Jobs, and the Infrastructure for Poverty Eradication Programme, which is providing the equivalent of one million dollars per constituency to finance capital expenditure for infrastructure and other facilities in the localities.

The President noted further that a Referendum to remove the entrenched clause of Article 55 of the Constitution to permit direct popular election of Metropolitan, Municipal and District Chief Executives is on the cards.

Additionally, Government is in the midst of the process of regional reorganization to accommodate popular demand for the creation of new regions to bring governance closer to the doorsteps of the people.

“If the people of Ghana endorse our quest to make governance at the local level more democratic, you should brace yourselves to face the electorate directly to account for your stewardship and justify your positions as the Chief Executive of the Metropolis, Municipality or District. I believe your performances in office should put you in good stead,” the President stressed.