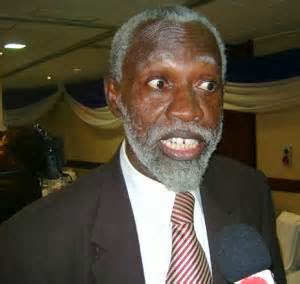 A staunch Member of the opposition National Democratic Congress (NDC), Edward Frimpong has described former rector of the Ghana Institute of Management and Public Administration (GIMPA), Professor Stephen Addei as a lazy and disgraceful person who should never be taken serious by well-meaning Ghanaians.

Professor Addei has come under fire for some comments he made about teachers in the country, describing teachers in basic schools as criminals who don’t teach but takes salary.

He also painted a very gloomy picture of the performance of public sector schools in the country, indicating that standards have fallen in public schools.

His comments has attracted widespread condemnation from teacher associations in the country, particularly, the Ghana National Association of Teachers (GNAT), who have asked prof. Addei to apologise for impugning criminality on them.

But the NDC man who is not enthused with the recent utterances of Prof. Addei said he (Prof Addei) is only seeking attention as he has nothing more to offer the country.

He said ‘’If the public basic schools are not performing, he should blame his own government that has given him an appointment’’.

Mr. Frimpong added that ‘’ Talking about the class size in the public schools now, a class has an enrollment of about seventy children and over while in the private schools the highest is forty. The question here is, how can a teacher give exercise to these children, mark and discuss their mistakes. It is about time we put in potent mechanisms to check the falling standard of education in the country rather blaming it on teachers in the private schools. Some of these SHS graduates are far better even than most degree holders’’.