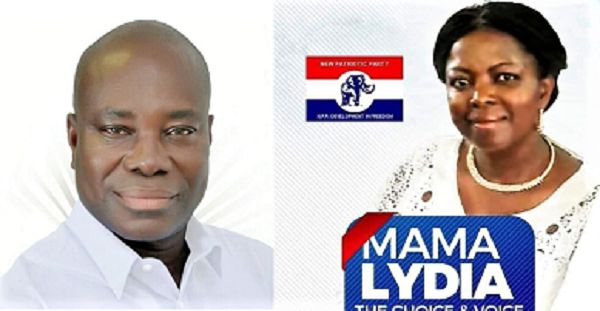 The opposition National Democratic Congress (NDC) parliamentary candidate for the Ayawaso West Wuogon constituency by-election, Delali Kwasi Brempong has said the ruling New Patriotic Party (NPP) has handed him the parliamentary seat on a platter of gold for choosing a woman to contest him.

Mr. Brempong who has been granting media interviews ahead of the Thursday, January 31, 2019 by-election said he is no match for a woman.

His anti-feminist comments have attracted anger and condemnation from various women groups, most of who have vowed to teach him a lesson during the poll.

The Ayawaso West wuogon Parliamentary seat became vacant following the passing of the ruling NPP Member of Parliament for the constituency, Emmanuel Kyeremanteng Agyarko who died in November 2018 at a health facility in the United State of America while receiving treatment for an ailment.

His widow, Lydia Seyram Alhassan emerged winner of the NPP primaries in a hotly contested election, emerging the party’s candidate for the 31st January by-election.

She has been tipped by many political watchers as the favourite to win the seat which has been in the grips of the NPP since the return to multi-party democracy in the country in 1992.