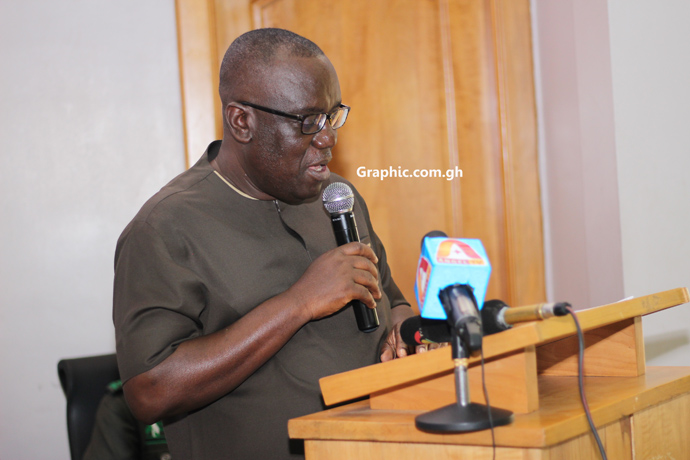 Chief Executive Officer of the Forestry Commission, Kwadjo Owusu Afriyie, popularly known as Sir John is asking former president John Dramani Mahama to tell him what he left at the Jubilee House that is making him so anxious to want to return for it, so that he (Sir John) will deliver it to him.

‘’Whatever it is that he has left at the Jubilee House, he should tell me and I will look for it and take it to him. I search all the drawers at the Jubilee House and ensure that I find it and take it to him. I will meet him wherever it is and give that thing to him. He shouldn’t worry about coming there at all’’ he said on Accra based United Television and monitored by BestNewsGH.com

According to the former General Secretary of the ruling New Patriotic Party, the current administration under the leadership of President Nana Addo Dankwa Akufo-Addo is on course to transforming the country and there is therefore no need for any interference by Mr. Mahama and the NDC.

‘’Nana Addo Dankwa Akufo-Addo will go for his second term, hand the mantle over to Dr. Bawumia to continue for 8 years. After the two combined terms of Akufo-Addo and Bawumia which will be 16 years, then Ghanaians will check and decide if someone else from another party should come. If God decides that the NPP should continue, we will’’ he added.

Mr. Owusu Afriyie said the government is focused on delivering its promises to the generality of the Ghanaian people and will not distracted by the machinations of the opposition NDC which is bent on criticizing every policy initiative that is rolled out by the government, without offering any alternatives.