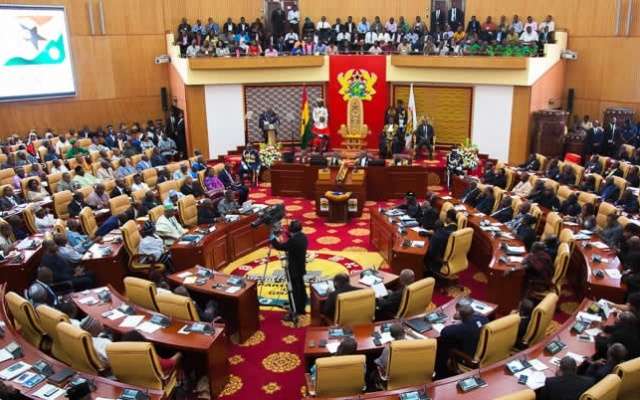 In the midst of rising public anger, Parliament has said it has not taken any “firm” decision on the controversial plan to build a new 450-seater chamber.

Minister for Parliamentary Affairs and Majority Leader, Osei Kyei-Mensah-Bonsu indicated that the interest of the public would be considered in the final determination on the planned construction of a new chamber complex for the legislature.

The Member of Parliament (MP) for Suame made the comment at a media conference to provide more information about plans to construct the new multi-purpose facility.

There is anger on social media, and a march is planned for July 13 to oppose the erection of the building, which many believe is completely unnecessary.

The new 450-seater capacity chamber, when built, will have a chapel, a mosque, an eatery, and gardens.

Renowned architect, Sir David Adjaye, who designed the new chamber, said the current chamber being used by the 275 MPs would be converted into a conference centre.

The construction of a new parliamentary chamber complex is expected to begin before the end of 2019.

Adjaye told the media that the project will be completed in three years if it begins before the end of the year.

He added that, “Ultimately, whatever decision that Parliament can take on this would have to factor into that decision, the sensibilities of the good people of this country.”

He conceded that Parliament owes it a duty to Ghanaians to provide clarification on the plan and explain why the proposal was made.