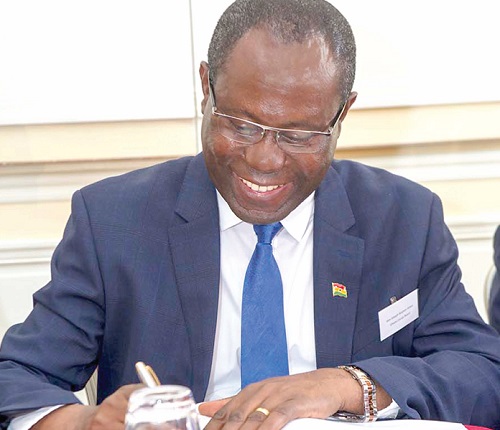 Ghana and Côte d’Ivoire have established a new pricing mechanism for trade in cocoa beans.

A $400 per tonne living income differential has been instituted to guarantee the floor price.

This system takes into account a fixed income differential that will provide farmers with a decent income.

The two countries, which are the world’s top cocoa producers, announced this on Wednesday, June 3, 2019, in Côte d’Ivoire.

Chief Executive of Ghana Cocoa Board (COCOCBOD), Joseph Boahen Aidoo, who read a communiqué announcing the new pricing mechanism, said it has been introduced to traders and processors.

“Following a series of exchanges with key stakeholders, Côte d’Ivoire and Ghana have put in place a new pricing mechanism for trade in cocoa beans that will help provide a remunerative price to producers,” he added.

The two countries also promised to engage with the cocoa industry on sustainability issues.

At a meeting with cocoa traders and processors from June 11-12, they declared that they are suspending forward sales of cocoa beans for 2020-1 until their floor price of $2,600 per tonne of cocoa is met.

If implemented correctly, a minimum price could protect farmers from dire poverty and fluctuations in the cocoa market, like when the price of cocoa abruptly fell by 30 per cent three years ago, leaving many farmers struggling desperately.

The same source suggested that the Ivorian cocoa farmers’ per capita daily income is US$0.93 while their Ghanaian counterparts earned US$0.40 to US$0.45 from cocoa, which represents nearly two-thirds of their household income.

Forward sale of 80% of cocoa beans

Ghana and Ivory Coast, which account for about 60% of global cocoa output, typically sell about 80% of the main harvest before the beginning of every season, a system which allows it to lock in prices and set the minimum pay for farmers.

Over 2m small-scale farms in both countries

Over 2 million small-scale farms in Ivory Coast and Ghana produce nearly 60% of the world’s supply of cocoa.

The country operates a two-cycle cocoa season, consisting of the main crop, which is mainly exported to Europe at a premium, and a light crop harvest, which is discounted by around 20% to local grinders.

While the two countries contributed to more than 60% of the world’s cocoa output, their total earning from the sale of cocoa beans amounted to a paltry $5.75 billion whereas the chocolate market was worth some $100 billion in that same year.

It means that the farmers whose toil and sweat produced 60% plus of the world’s cocoa earned 5.75% of the global value of their activity.

According to the World Bank, Ivory Coast and Ghana have combined Gross Domestic Products (GDP) of $69.3 billion, a figure dwarfed by Nestlé’s $90 billion in annual sales or a market cap of around $250 billion.

However, the cost of subsidised inputs such as fertilisers, free spraying of farms, cost of extension services, margins for Local Buying Companies (LBC), cost of warehousing and keeping the cocoa under approved conditions moved the cost to over $2,400 per tonne of cocoa.

GH₵2.03bn loan in one season to cover price shortfalls

Due to the difference, COCOBOD had to take a loan of GH₵2.03 billion from the Bank of Ghana (BoG).

In an attempt to reduce demand for cocoa beans, some producers are said to be using palm oil and other substitutes to replace cocoa butter.