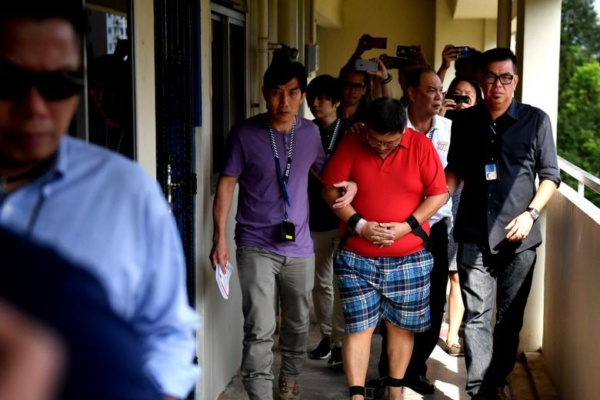 “Don’t be scared, Papa is here,” a father said to his four-year-old daughter before he strangled her to death.

On 20th January 2017, Singaporean Teo Ghim Heng, 43, had an argument with his wife, Choong Pei Shan. She had asked him why he had changed their daughter, Zi Ning out of her school uniform, to which he responded that the girl might be chased out of school as he had not paid her school fees for the past two months.

Choong, 39, then mocked him in front of their daughter saying, “You look, your father really useless. So useless I shouldn’t have married him”.

Teo then replied, “I really hate you talking about me in front of our daughter. I told you many times not to do that”.

Fueled by anger, he took a towel from the bathroom and wrapped it around his wife’s neck and pulled tight, reported The Star.

“Shan, you got to let go already, I owe a lot of money. If you struggle, you will suffer,” he said to her.

Choong tried to resist him by kicking and moving on the bed, but was suffocated to death a few moments later. Teo then called her to see if she was dead and strangled her a second time as he saw that her mouth had started foaming. He thought she was still breathing.

After making sure that his wife was dead, Teo then asked his daughter to sit on his lap and said, “Don’t be scared, Papa is here,” as he wrapped the towel around her neck too.

He said the girl cried softly, then loudly, before making unintelligible sounds, as he strangled her. After noticing bubbles at her mouth, he removed the towel and strangled her with his hands, saying in Mandarin: “Darling, go find Mummy already. Papa will come soon”. He then decided to commit suicide to “reunite the family”.

However, his plan to kill himself failed, so he spent the next week at home with the two dead bodies before burning them. On 28th January 2017, the first day of Chinese New Year, his wife’s family discovered what had happened and called the police, who arrested Teo. 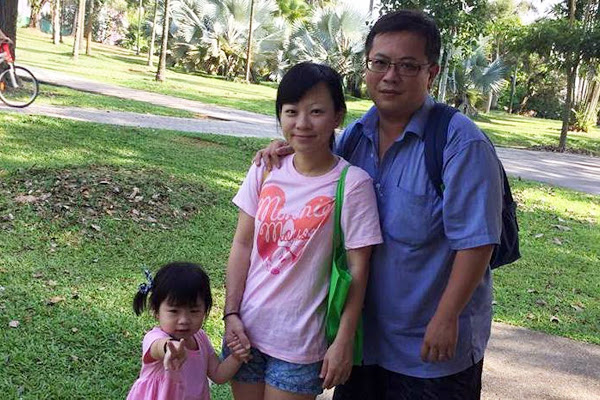 On 4th July 2019, the third day of his murder trial, the account of what had unfolded on that unfortunate morning was narrated by Dr Derrick Yeo of the Institute of Mental Health (IMH), who saw Teo six times.

Dr Yeo said that Teo decided to end all their lives because he did not want them to be hounded by creditors. Teo was S$70,000 (RM213,000) in debt from credit card bills, gambling and school fees.

The psychiatrist said that when Teo told his wife to “let go”, he was trying to convince her and justify to himself that killing everyone in his family including him was the right decision.He also said that Teo had killed his daughter because no one else could provide her the same care that he and his wife had.

Dr Yeo, who interviewed Teo’s family members and co-workers prior to the trial, came to the conclusion that Teo did not have any mental disorder when he killed him family, but labelled him as “logical, goal-directed and showed planning”.

“He wanted to die on his own terms. Many of the attempts were either too painful, too difficult or not successful. This showed that he was in full cognisant control of his actions,” Dr Yeo said, according to CNA.

“He was able to make objective choices and consider alternatives to his behaviour. His action to kill his wife was not something that was out of his control.”

“He slashed his wrist, but the cut was superficial. So he tried to swallow Panadol tablets and drank diluted insecticide but still did not die.”

Dr Yeo also explained that Teo had written four suicide notes, including instructions for his wife’s mobile phone, which contained photos and videos of Zi Ning, to be handed over to the girl’s grandparents, as well as instructions for how the couple’s assets should be divided.

According to the court, they heard that when Teo was arrested for murdering his family, he had told a psychiatrist at Changi General Hospital that he had “no regrets” for his deed, except for murdering his daughter.

Teo is now facing two counts of murder for strangling his wife and daughter. If found guilty of murder, Teo faces the death penalty.