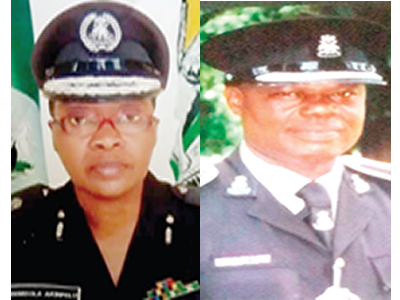 Detectives attached to the homicide section, Lagos State Criminal Investigative Department (CID), Panti, Yaba, have launched investigation into the death of Sunday Eguakhide, a Superintendent of Police (SP), who died at the Police College on August 11, according to a report by the New Telegraph.

The Public Relations Officer of the college, Mr. Oluwaseyi Sotayo, a Deputy Superintendent of Police (DSP) gave interesting details how the late officer died. The PPRO said the death of Eguakhide was an unfortunate incident as the college had lost one of its very responsible and generous officers.

He said: “There was never a time you go to him for assistance that you would not laugh out of his office, he was such a nice and kind person, but we are not God that took him away at this time.”

The PPRO said the Commandant of the college, Mrs. Gbemisola Akinpelu, was not happy with the report from a section of the media that the officer died while making love to a woman in his office.

He said: “The information was not true. I would like to set the record straight, because the woman at the centre of the crisis was the deceased’s wife, who he married out of wedlock, but that they were not living together.

“The woman has always been coming around to see Eguakhide in his office at the college, probably to collect money for the upkeep of their children. Maybe the woman had not seen her husband for a long time and had come to the office to give him a surprise visit. The aspect that they were making love in the office was not true.

“We have not experienced such incident before and there was never a time policemen were bringing their mistresses to the college, because the commandant had always warned officers that the college was for training and not for lovers.”

Mr. Sotayo said the college was a pioneer police institution, where present and past Inspectors-General of Police were trained, including several other senior officers. As a result of that, the commandant would not allow any act of lawlessness in the college.

He continued; “What would have transpired between the couple in the man’s office is what I cannot tell, because I was not with them. But from what I heard from his subordinates was that it was the woman who rushed out of his office calling for help, but when people rushed in, they met him on the ground face down, away from the chair where he was sitting.

“Before people could rush him to the hospital, he had already passed on. The doctor only confirmed him dead on arrival. On Thursday before he died, he came to my office to tell me he was going to retire in a week’s time, not knowing he would die before his retirement. He was healthy and full of live, I never knew that was the last time I would see him,” the commandant said.